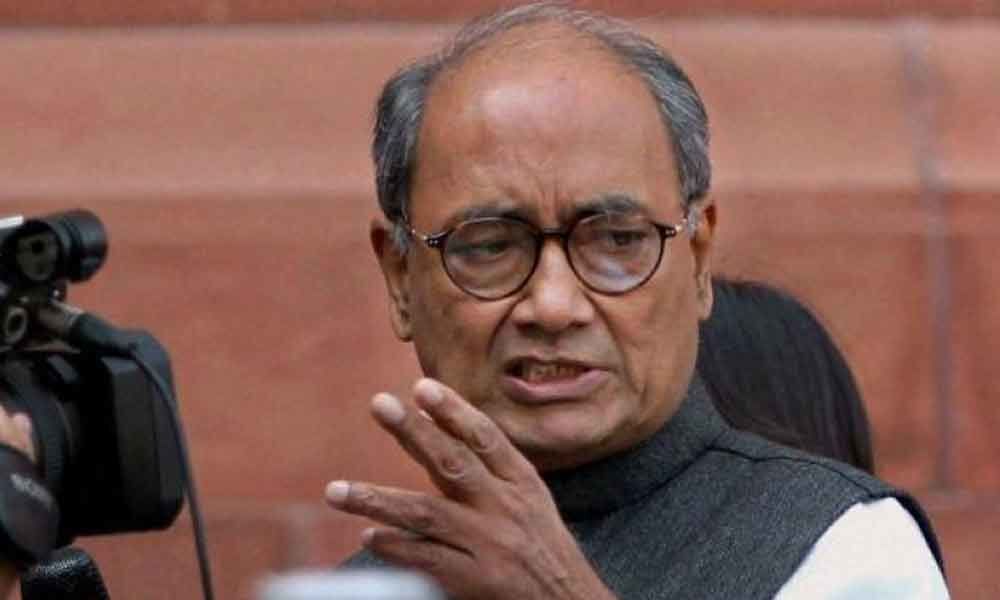 Chouhan alleged Nehru had committed a 'sin' by introducing Article 370, which accorded special status to Jammu and Kashmir.

Bhopal: Congress leaders on Sunday hit out at Shivraj Singh Chouhan for blaming former Prime Minister Jawaharlal Nehru for the Jammu and Kashmir crisis, with Digvijaya Singh saying the BJP leader is "not even the dust of Nehru's feet".

Chouhan, a former Madhya Pradesh chief minister, on Sunday in Odisha accused the Congress of being responsible for many problems in the country and alleged that Nehru had committed a "sin" by introducing Article 370, which accorded special status to Jammu and Kashmir.

Reacting to his statement, Singh said the Centre needs to act "thoughtfully" or else "Kashmir will slip out of our hands".

Chouhan, a BJP vice president, had also said that "now the historic blunder committed by Nehru has been corrected by Prime Minister Narendra Modi with the revocation of the Article 370."

On August 5, Home Minister Amit Shah announced that the central government has decided abrogation of special status given to Jammu and Kashmir under Article 370 and creation of two new Union territories -- Jammu and Kashmir, and Ladakh -- after bifurcating the state.

"See what is happening in Srinagar and Kashmir. What I had said is coming true...They (Centre) have burnt their hands in the fire. Our priority is to save Kashmir. I urged Modi ji, Amit Shah ji and (National Security Advisor) Ajit Doval ji to work thoughtfully or else Kashmir will be out of our hands," Singh said.

In a tweet, Nath said, "The contribution of the first prime minister of the country, Pandit Jawaharlal Nehru, who struggled for freedom and called as the creator of modern India, is unforgettable."