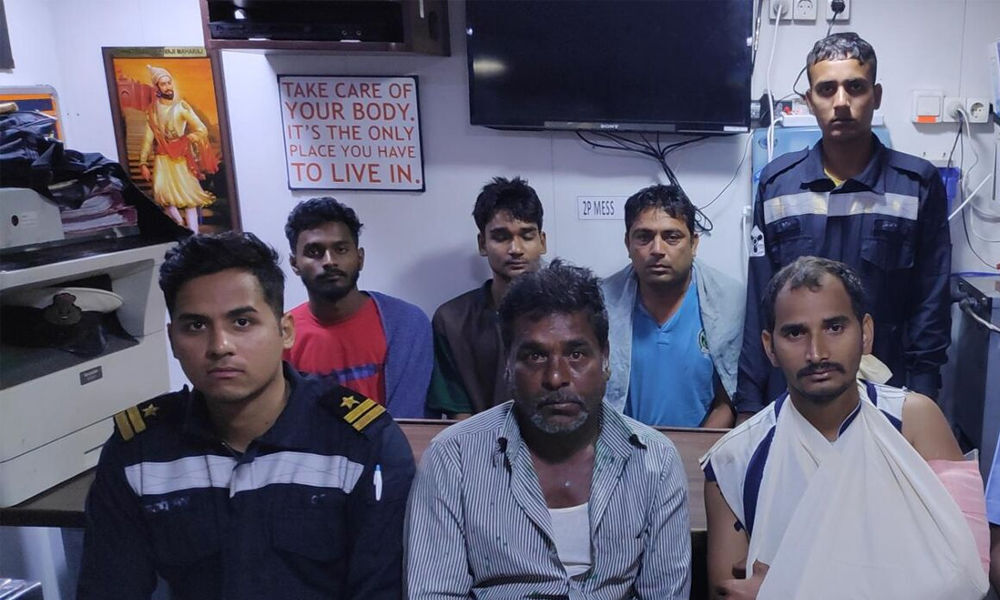 Tug Revti, : A distress call was received from a Tug 'Revti' in the morning hours of Monday. The vessel was bound for Tarapur from Mumbai and had seven crew members onboard.

Coast Guard ship responded to the distress call and reached position of Tug at 10:54 am and rescued six crew members from the sinking vessel.

The recovered crew has been provided with necessary first aid and their condition is presently stable.

In addition to the surface search by two ships to find one missing crew, two helo sorties by chetak helicopter have been launched to undertake sea-air coordinated search.