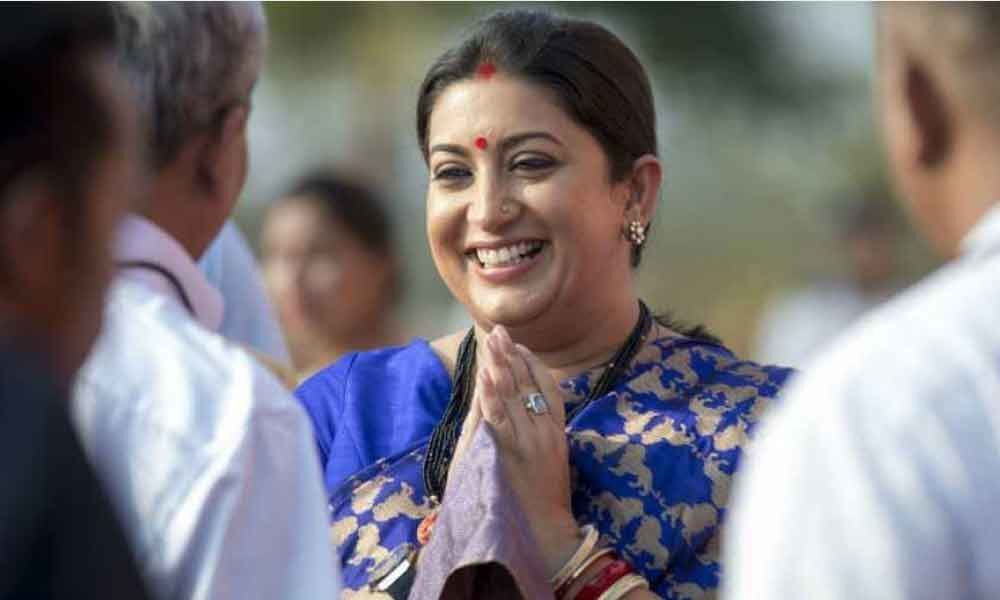 Irani succeeds outgoing WCD minister Maneka Gandhi, who was dropped from the Union council of ministers this time.

New Delhi: Newly-appointed Women and Child Development Minister Smriti Irani on Friday said she is "committed to take all appropriate steps" to ensure women empowerment and welfare of children in the country.

Congratulating her colleague and the Minister of State for Women and Child Development Debasree Chaudhuri, Irani sent her best wishes to the lawmaker from West Bengal's Raiganj.

"Best wishes to my colleague in the Ministry of Women and Child Development Debasree Chaudhuri on assuming charge today. We are committed to take all appropriate steps to ensure women empowerment and development and welfare of children in the context of nation building," she tweeted.

From tackling malnutrition and stunted growth among children to drafting the regulations for sexual harassment at workplace, a host of challenges await Smriti Irani, who was appointed as the Women and Child Development Minister on Friday.

She has retained the charge of Textiles Ministry, a portfolio she held during the first term of the Narendra Modi government.

Preparation has already started at the Women and Child Development Ministry to welcome Irani, who is likely to take charge on Monday, sources said. However, her junior in the ministry, Chaudhury, has already assumed charge.

Among the several issues that awaits her are completing the registration of child care institutions and ensuring that the anti-trafficking bill passes the Rajya Sabha hurdle.

Irani succeeds outgoing WCD minister Maneka Gandhi, who was dropped from the Union council of ministers this time.

She has also held portfolios of Human Resource Development and Information and Broadcasting during the first term of the Modi government.

The popular TV actor-turned-politician had her first brush with electoral politics in 2004 when she contested the Lok Sabha elections from the Chandni Chowk seat in Delhi, but lost to Congress heavyweight Kapil Sibal.