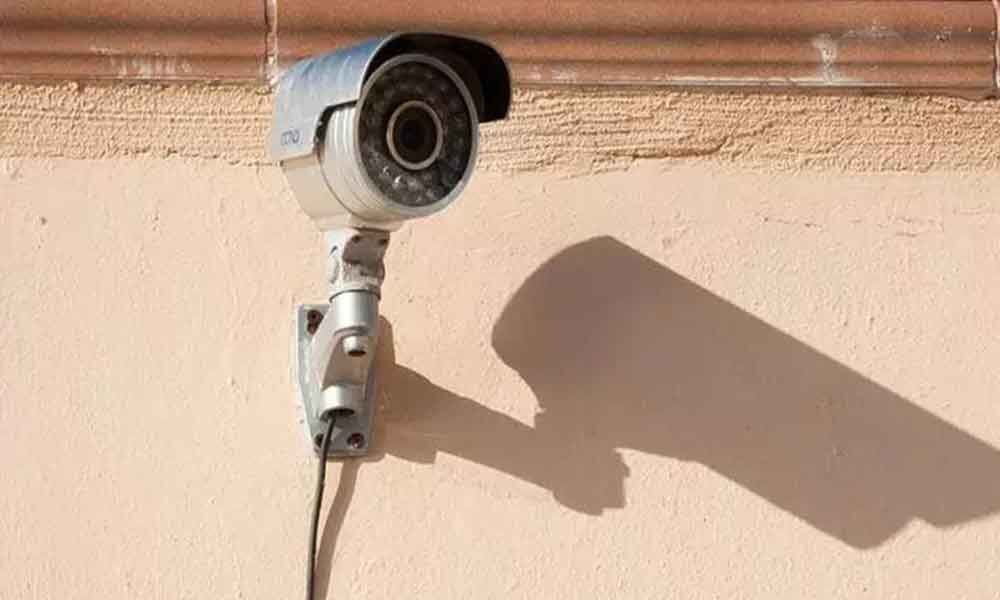 Delhi Chief Minister Arvind Kejriwal on Saturday claimed that a Delhi school has become the first in the world where parents can access live CCTV feeds of their child studying in the class.

New Delhi: Delhi Chief Minister Arvind Kejriwal on Saturday claimed that a Delhi school has become the first in the world where parents can access live CCTV feeds of their child studying in the class.

The Chief Minister also said all the city government schools will have CCTVs inside the classrooms by November this year.

Kejriwal, along with his Deputy Manish Sisodia, kicked-off the Delhi government's CCTV project in the classrooms by inaugurating the scheme at Shaheed Hemu Kalani Sarvodaya Vidyalaya in Lajpat Nagar here.

This is the first Delhi government school where CCTVs have been installed not just in the campus, but also inside all the classrooms with a view to enhance security.

During his speech, Kejriwal said all schools will have CCTVs inside the classrooms by November this year.

He said Delhi's project of installing CCTVs in classrooms "will prove to be a milestone in the education sector for the entire world".

"Today is a historic day, not just for the country but also for the world. There are many schools in various countries in the world where CCTV cameras are being installed, but perhaps this is the first instance where live feeds from every classroom are being provided to parents through a mobile app," the Chief Minister said.

According to the government, the live feeds of classrooms will be provided to parents of children through a mobile app. Parents will only be able to access the feed for their own child's classroom using a password that they will be provided with by the school. The School Principal, the concerned Deputy Director of Education, the Director of Education, and the Education Minister shall have access to live feeds as well as delayed feeds for one month.

Kejriwal, who visited a six-year-old rape survivor earlier in the day, said there are some perverted elements in society who have no fear of any consequences.

"A CCTV camera in the vicinity captured the crime and the culprit was caught within a few hours. If he had known he was being recorded by a CCTV camera, perhaps he would not have committed the crime. CCTVs not only serve to give us important evidence needed to nab culprits and ensure strict punishment, but they also create a system of deterrence. In today's environment, when children step outside the house, parents are anxious about whether their child will return home safely. With this CCTV project, they can check during the day whether their child is safely inside the classroom," Kejriwal added.

He also claimed that it will have a positive impact on education.

"There are some mischievous children in schools who disturb all other children. Some who leave for school from home, but then skip all classes. Now, these activities can be curbed. Children will have to maintain discipline and decorum in school."

Speaking about the privacy concerns, he said children do not come to school for any private activity but to learn.

"By providing parents with a live feed of the classrooms, we are actually making the government accountable to you for every minute your child spends in our schools. If you find that there was something wrong with the classes on any day, you can question the government about it. If any CCTV camera is damaged then parents can immediately hold us accountable and ask why they're not able to view feeds. This is what real democracy looks like. This project will strengthen democracy. Democracy does not mean we vote once in five years, and then not be able to question our elected representatives."

Confident about the success of the project, he said he is expecting spectacular results next year as a result of this project.

Sisodia, who is also the city's Education Minister, said the teachers too will be benefitted from the project.

"Teachers face allegations of absenteeism from classrooms. No one will now be able to wrongly accuse teachers of skipping classes. During the pilot of this project, I was concerned that everyone may not like CCTVs inside classrooms but I was surprised to find that both students and teachers gave a positive response to the project. We have observed an identifiable improvement in the behaviour of children in the schools where this project was piloted," Sisodia said.