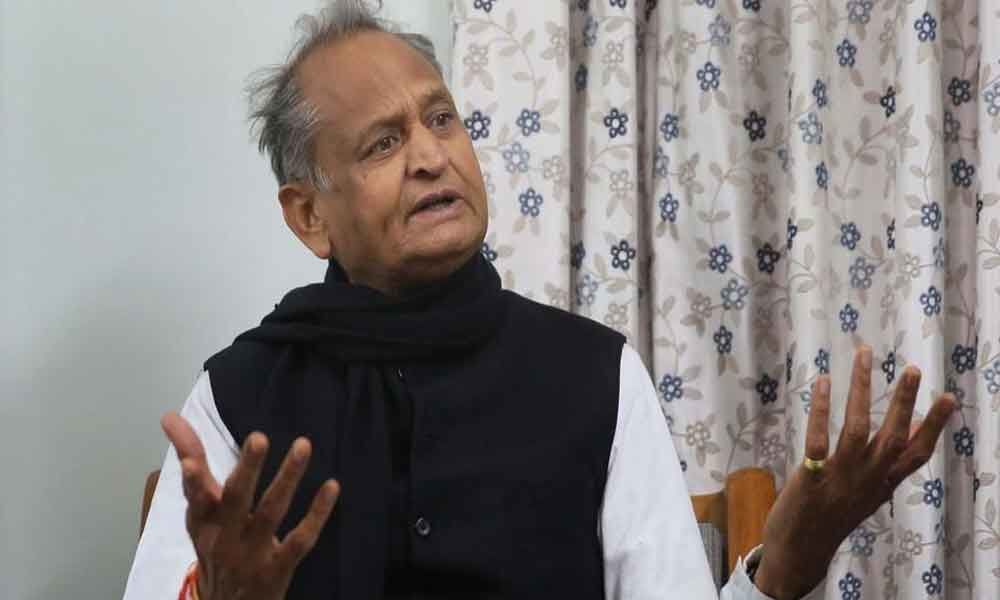 The chief minister said Modi was a good actor and should have been in the film industry.

Targeting Prime Minister Narendra Modi and BJP president Amit Shah, Gehlot said the duo ruled the country for five years and people do not even know the names of most of the union ministers. "The Constitution and democracy is under threat and this is my duty to tell you this. BJP leaders talked about Congress-free India and those who criticise them are considered as anti-national," Gehlot said at a public meeting in Pali. "This is the situation prevailing in the country today. It is alarming and you should know this," he added.

The chief minister said Modi was a good actor and should have been in the film industry. "Several promises like bringing back black money were made by Modi during the last elections but not a single rupee was brought back," he said. Gehlot also accused former chief minister Vasundhara Raje of stalling development projects and weakening welfare schemes launched during his earlier term.

The chief minister was addressing the rally in support of the Congress candidate from Pali Lok Sabha seat Badriram Jakhar. Pali is among the 13 constituencies which will vote on April 29. Elections on the remaining 12 seats of the state will be held on May 9.