Demonetisation is one of the biggest scams since Independence: Kapil Sibal 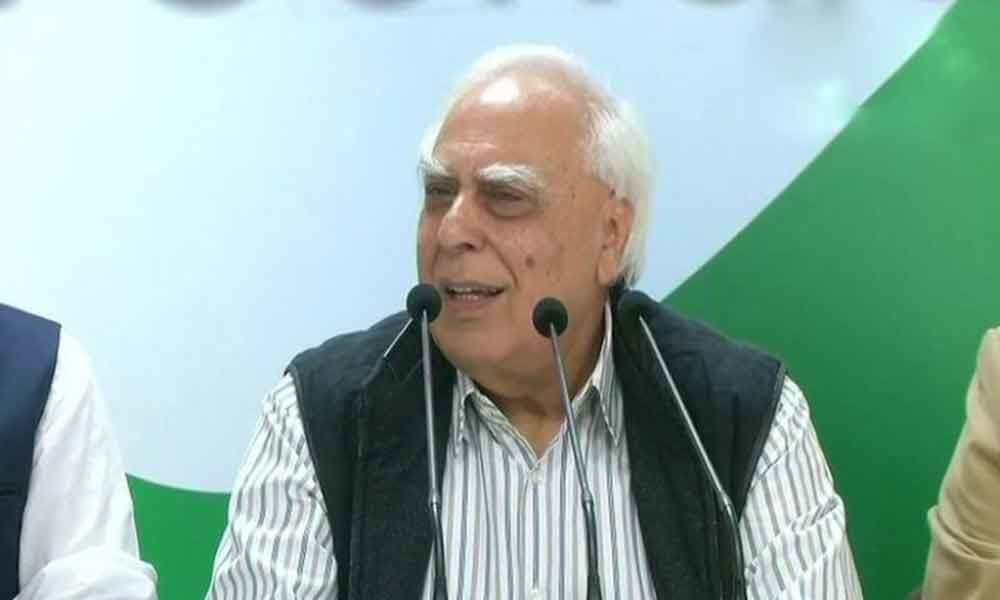 Ahmedabad: Congress leader Kapil Sibal on Friday alleged that demonetisation was one of the biggest scams that happened since Independence.

At a press conference here, he showed a video shot post-demonetisation period. The video showed how banned notes were allegedly exchanged for new currencies.

Sibal alleged, "Demonetisation was one of the biggest scams that has happened since India attained Independence. The reason for demonetising the currency was something else. It was done for the rich people, some of whom belong to political parties."

The sting video was claimed to have been shot by an investigative journalist in Ahmedabad and it showed the exchange of currencies at a commission of 15 per cent to 40 per cent.

The person who could be seen in the video exchanging notes with the 'journalist' was a BJP worker, alleged Sibal. He, however, refused to give details of the journalist citing security reasons.

Congress leader also reiterated that the "Modi-led government looted the people" of the country by banning the notes of Rs 500 and Rs 1,000.

Sharpening his attack, he added: "Modi claimed that he would usher a cashless economy. But, now he has left the people 'cashless'."

Demonetisation a scam to enrich a few !