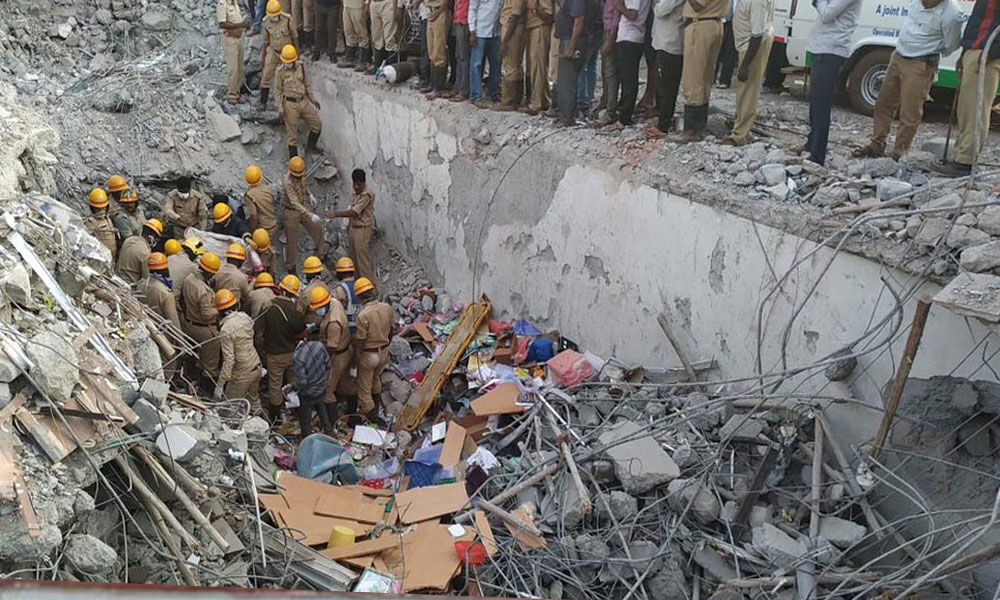 The four partners of Renuka Construction, the entity looking after the construction project, surrendered before police earlier this week.

Dharwad: The death toll in the commercial building collapse in Karnataka's Dharwad has risen to 16, with the recovery of one more body from the debris.

Deputy Commissioner Deepa Cholan, who is monitoring the rescue operation at the commercial building collapse site said on Sunday: "A total of 57 people have been rescued so far by the state Disaster Response Force and the National Disaster Response Force. The death toll has reached 16 as one more body was found yesterday night."

Meanwhile, the Karnataka government on Saturday suspended seven corporation officials for negligence in connection with the collapse of the under-construction building in Kumareshwar Nagar, Dharwad on March 19.

The four partners of Renuka Construction, the entity looking after the construction project, surrendered before police earlier this week.

Karnataka Chief Minister HD Kumaraswamy had visited the site on Thursday and told the media that several people were suspected to be trapped under the rubble. He had also said the district administration has already announced a magisterial inquiry and the government is ready to appoint a retired High Court judge if required.

On Wednesday, the Indian Air Force airlifted two teams of the National Disaster Response Force (NDRF) to Karnataka's Hubli from Hindon in Uttar Pradesh to join the rescue and search operation.