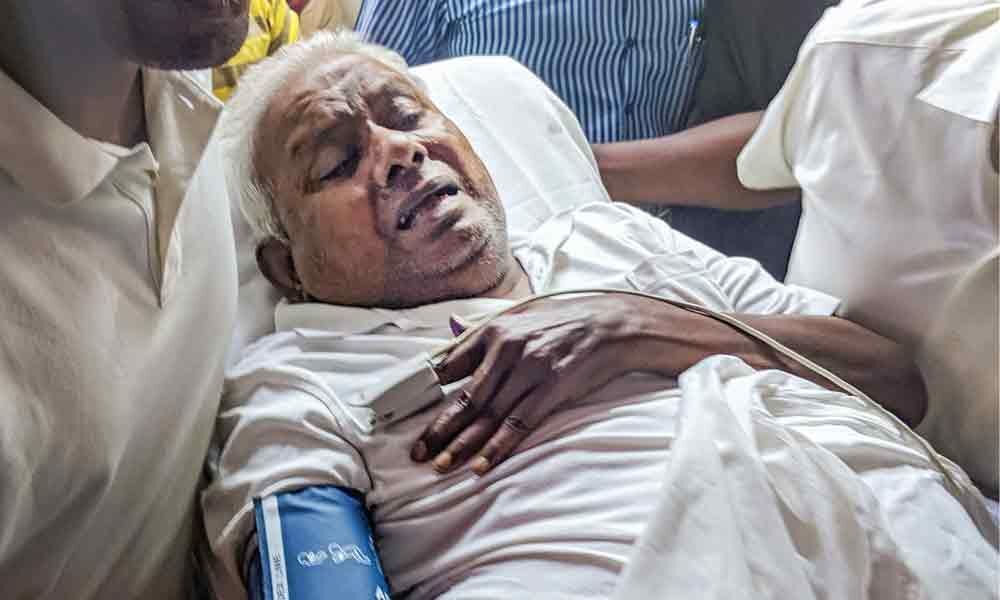 Chennai : Restaurant chain Saravana Bhavan founder 'Dosa King' P Rajagopal died at a private hospital here on Thursday, days after he surrendered to serve a life sentence for killing an employee in 2001 to marry his wife.

Rajagopal, 73, died around 10 am of "septic shock" at Vijaya Health Centre, sources at the hospital said, refusing to give further details.

He was shifted to the private facility on Tuesday from the state-run Stanley Medical College Hospital following a high court order after his son filed an appeal, saying his father's condition was deteriorating.

Rajagopal had surrendered on July 9 to serve the life term after the Supreme Court rejected his plea seeking more time on grounds of ill-health. Soon after he was arrested, he got admitted to the "convict ward" of the state-run hospital here.

Rajagopal's appeal against the Madras High Court order upholding the trial court's judgment convicting him was rejected by the apex court in March this year.

The high court had in 2009 enhanced to life term the 10-year imprisonment given by a local court to Rajagopal and eight others in the murder case.

While upholding the life sentence given to Rajagopal for murdering Prince Shantakumar, the Supreme Court had ordered him to surrender in the trial court.

Either on the "advice of an astrologer" or "having become besotted with" the wife of his employee Santhakumar, Rajagopal initially attempted to make her his third wife and after failing in his endeavour, plotted abduction and murder of her husband, the top court had noted in its judgement.

In order to fulfil his desire, Rajagopal used to financially help the woman, her family members and her husband, it had said, adding that the key accused used to talk to the woman on phone frequently and also gave her costly gifts.

On October 1, 2001, Rajagopal got the woman and her husband abducted. The accused first persuaded and then threatened them to separate so that he can marry her.

Few days later, the victim was again abducted and then killed. The body was later exhumed at the instance of one of the accused. Postmortem was conducted and the report suggested that he was strangulated.

Rajagopal's South Indian restaurant chain has presence in over 20 countries across the world, including the US and the UK, and several cities all over India.