EC extends voting by 2hrs due to 'Chithirai' festival 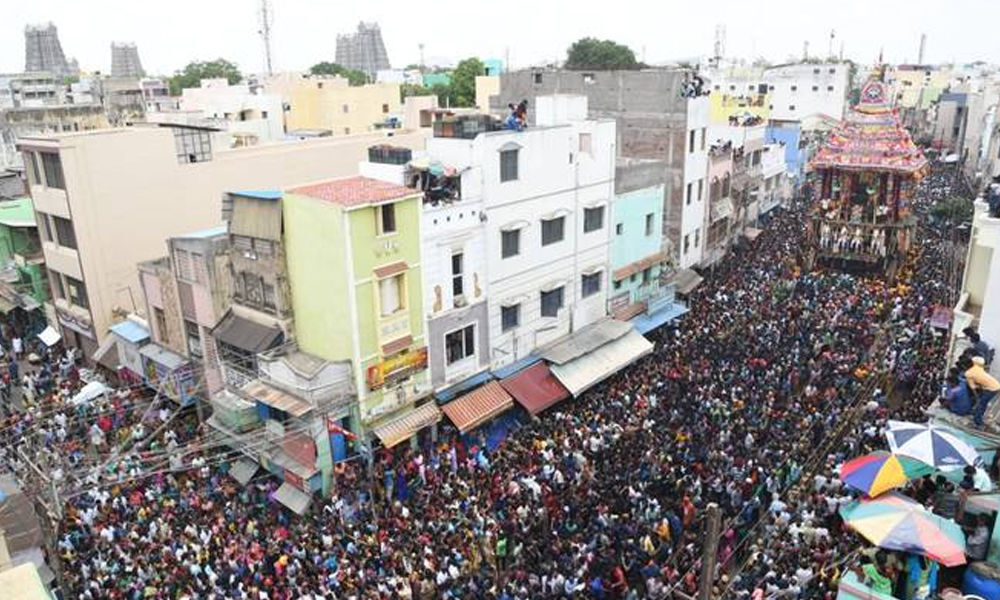 CHENNAI: In Madurai, the political parties have made a demand to reschedule the polls due to 'Chithirai' festival, considering it the Election Commission has extended voting by two more hours.

The state chief electoral officer Satyabrata Sahoo said that, "Polling on April 18 will commence at 7am across TN and will go on till 6 PM except Madurai where it has been extended till 8 PM. It is not unusual for election officers to increase voting hours in some states based on the prevailing season and weather. Since it is summer here, the polling hours will be increased by one hour to enable people to come and vote during the evening."

During the Chithirai festival the devotees pour in from across the state. On the 18th of April, the deity Azhagar will be taken in a procession into the river of Vaigai for a ceremonial bath.

The uneasiness was expressed by saying that, majority of devotees belonging to the neighbouring districts also participate in the festival, which cause them to not turn up at the polling booths. "A report from the Madurai collector on the issue was forwarded to the Election Commission based on which a decision was made to extend the polling time by two hours in Madurai constituency," said Sahoo.

The Chief Electoral Officer had convened a meeting of collectors and SPs to discuss about the steps required to implement the model code of conduct. Around 67,000 police personnel of the state are said to be involved in the election work. "So far ₹6.77 crore in cash has been seized by static and flying squads. We have asked the squads to check vehicles on national and state highways as well as district and village roads to ensure there is no violation of the model code," the CEO said.