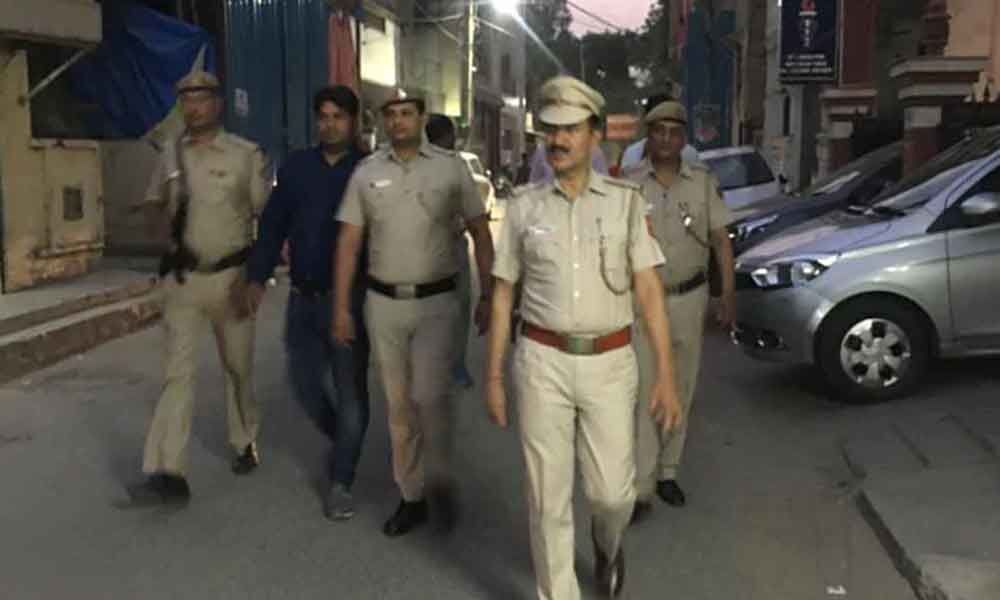 A mobile phone, some cash and jewellery was found missing from the house.

The woman was identified as 52-year-old Meenu Jain, a resident of Air Force Naval Officers' Enclave in Dwarka's Sector-7, they added.

According to a senior police officer, Meenu's 76-year-old father HP Garg, a retired IIT Delhi professor who is currently working on a research project at the institute, said his son Darpan called him on Thursday evening to inform that Meenu was not keeping well.

He left his office for Meenu's home at around 7.45 pm. On the way, as he called his daughter, she said she was fine, the officer said.

The woman also told her father that she had eaten cashew nuts, which had led to some reaction.

HP Garg still went to her daughter's house on Thursday.

He called her again at around 7 am on Friday but her phone was not reachable following which, he, along with Darpan, went to her house.

The main door to the house was open while another wooden door was closed. They knocked on the door. When there was no response, Darpan entered the house from the neighbour's balcony, the police said.

He broke the glass and entered the house to see Meenu Jain lying unconscious in her room.

Meenu Jain's maid, who had a pair of keys to the house, came there at around 8.30 am. She tried to open the door but it was jammed. Subsequently, the door was broken open, the police said.

Ms Jain was taken to the Ayushman Hospital in Dwarka Sector-10, where she was declared "brought dead", they added.

The police were informed about the incident at around 9 am and a case of murder and robberyof the was registered.

The police suspect that the accused entered the house with the intention of robbing Meenu Jain.

The family members of the deceased said two mobile phones, the jewellery the deceased was wearing, Rs. 5 lakh in Indian currency and Rs. 2 lakh in foreign currency were missing from the house.

The police seized three pillows and a towel with blood stains from the room. Three vessels and five cups, used for making and drinking tea, were also seized from the kitchen.

The post-mortem of the body had been conducted and the exact cause of death would be known once the report came, the police said.

The woman's husband, VK Jain, a retired Indian Air Force (IAF) wing commander and currently working as a commercial pilot with IndiGo, was informed about the incident. VK Jain, who was on duty at the time of the incident, reached the house on Friday night, the police said.

The couple has a son and a daughter. While son Ajay Jain, who works at an MNC in Noida, visits his parents on weekends, daughter Shiwani Jain is a doctor and lives in Goa with her husband, the police said.