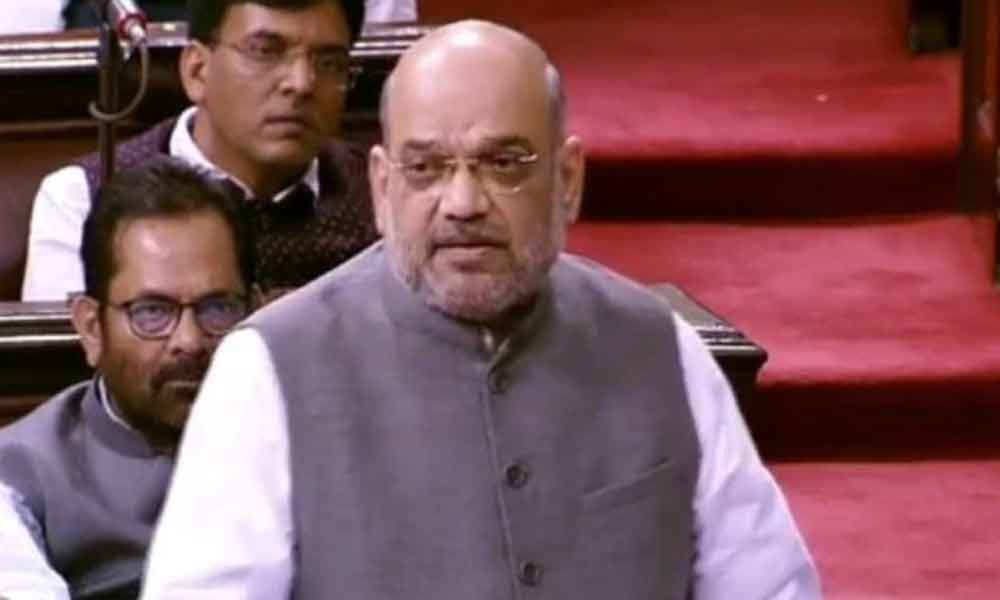 You should leave your the party presidentship and coronate (JP) Nadda ji,' Singh said.

New Delhi: The BJP and the Congress exchanged barbs in the Rajya Sabha on the issue of party presidentship, with Home Minister Amit Shah and Congress leader Digvijaya Singh asking each other to settle leadership matter in their respective parties.

During a debate in Rajya Sabha on the amendment in the anti-terror law Unlawful Activities (Prevention) Amendment Bill, 2019, (UAPA), Singh asked Shah not to act with "political motives" while being a home minister.

He said Shah occupies the post once held by Vallabhbhai Patel and he should act like a statesman.

"You should leave your the party presidentship and coronate (JP) Nadda ji," Singh said, referring to JP Nadda who was recently appointed as the BJP working president. Shah still holds the post of BJP president.

Shah hit back at Singh saying, "you should first find your party president."

Shah was joined by his party members who jeered at Singh and the Congress in the wake of Congress being without a party president after Rahul Gandhi resigned from the post.

The Home Minister also hit out at Singh, saying that he would not be labelled a terrorist under this law as long as he did not do anything that supported a terrorist or aided any such activity.

"Digivijaya Singh has said he would be named as terrorist. I want to assure him, if he does not do anything, then nothing will happen to him. It is now time to listen," Shah told Singh.

Digivijaya Singh had earlier objected the provision of the Centre getting powers to declare any individual a terrorist under this law.

Singh had also accused the BJP of compromising on national security. "We doubt their (BJP's) intent. The Congress never compromised on terrorism that is why we had brought this law."