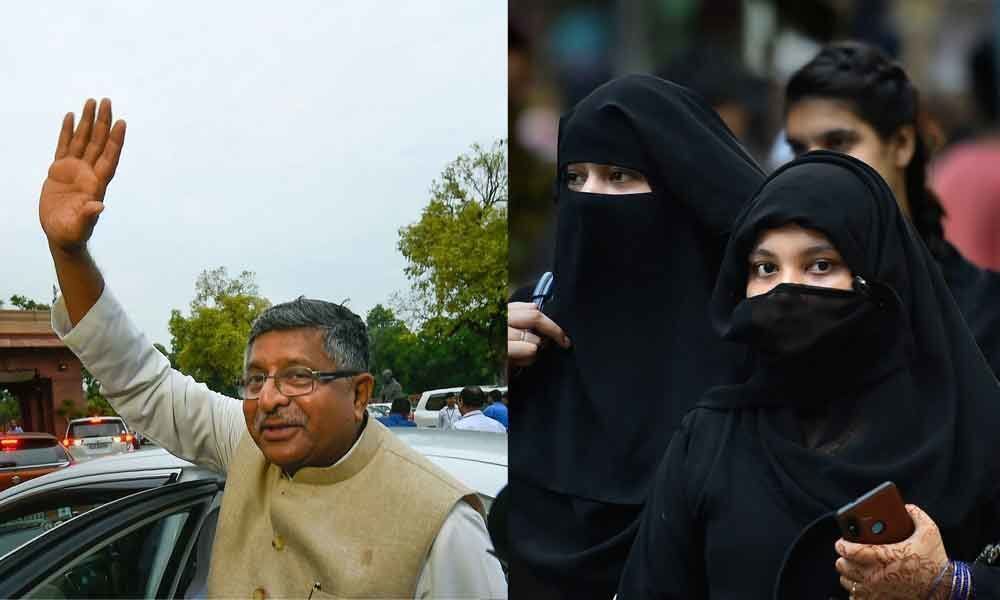 New Delhi: In a major political win for the NDA government, Parliament on Tuesday approved the Bill that makes instant triple talaq a criminal offence, after the contentious legislation was passed by the Rajya Sabha following non-aligned BJD extending support and NDA constituents JD(U) and AIADMK walking out.

The Lok Sabha had passed the Muslim Women (Protection of Rights on Marriage) Bill last week and with the Rajya Sabha now approving it, the practice of instant divorce by Muslim men will be punishable by jail term of up to three years.

The Upper House passed the Bill by 99 votes in favour and 84 against it. It earlier rejected an Opposition-sponsored motion to send the Bill to a Rajya Sabha Select Committee with 100 votes against it as compared to 84 in favour.

While the BJD supported the legislation, JD(U) and AIADMK walked out, lowering the majority mark which normally stands at 121. The ruling NDA has 107 members in the 242-member Rajya Sabha.

The triple talaq bill has been a bone of contention between the Narendra Modi government and the Opposition since December 2017, when the government first tabled the legislation in the Lok Sabha. The Bill followed a Supreme Court judgment in August that year.

The Supreme Court had declared the practice of instant triple talaq unconstitutional and a divorce pronounced by uttering talaq three times in one sitting void and illegal.

The triple talaq Bill of the previous Narendra Modi government lapsed with the dissolution of the Lok Sabha upon completion of its tenure. The Rajya Sabha had not approved the Bill back then.

It was the first draft legislation that the Narendra Modi 2.0 Cabinet passed after being voted back to power in the 2019 Lok Sabha election.

In the end, both sides -- the treasury as well as the Opposition -- polled less than expected number of votes. For the ruling alliance, the AIADMK and JDU abstained, while non-NDA non-UPA parties, the TRS did not take part in voting.