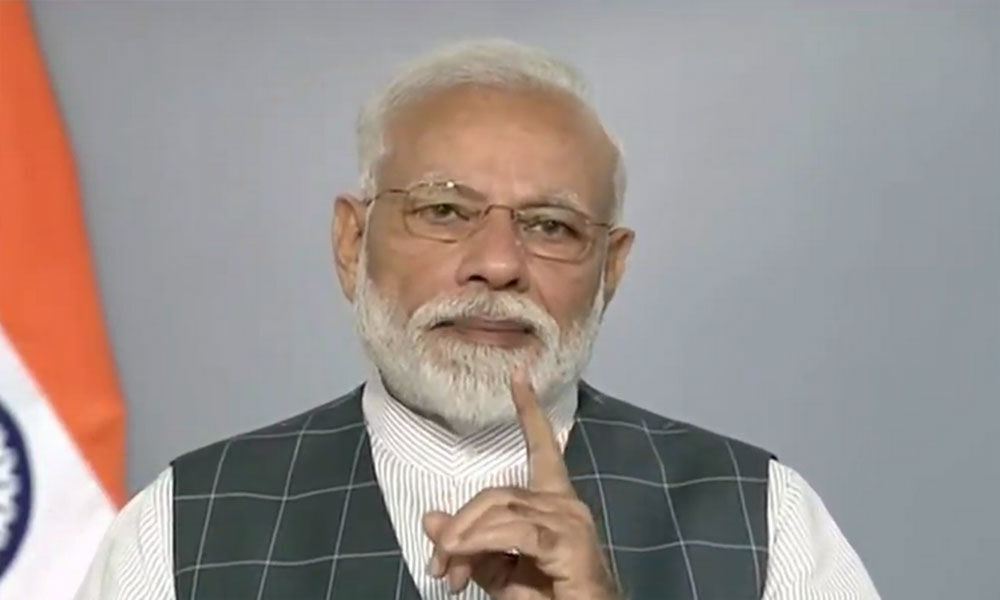 India shot down one of its satellites in space with an anti-satellite missile on Wednesday, Prime Minister Narendra Modi said, hailing the country's first test of such technology as a major breakthrough that establishes it as a space power.

NEW DELHI: India shot down one of its satellites in space with an anti-satellite missile on Wednesday, Prime Minister Narendra Modi said, hailing the country's first test of such technology as a major breakthrough that establishes it as a space power.

India would only be the fourth country to have used such an anti-satellite weapon after the United States, Russia and China, Modi said in a television address to the nation.

Such capabilities have raised fears of the weaponization of space and setting off a race between rivals.

China's foreign ministry said it hoped all countries "can earnestly protect lasting peace and tranquility in space". The United States and Russia both declined to make any immediate comment.

No comment was immediately available from old rival Pakistan.

Anti satellite weapon allows for attacks on enemy satellites - blinding them or disrupting communications - as well as providing a technology base for intercepting ballistic missiles.

"Our scientists, shot down a live satellite 300 kilometers away in space, in low-earth orbit," Modi said in his address.

"India has made an unprecedented achievement today," he said, speaking in Hindi. "India registered its name as a space power."

Modi faces a general election next month. He went on Twitter earlier to announce his plan for a national broadcast, saying he had an important announcement to make.

India has had a space program for years, making earth imaging satellites and launch capabilities as a cheaper alternative to Western programs.

It successfully sent a low-cost probe to Mars in 2014 and plans its first manned space mission by 2022.

The latest test, conducted from an island off India's east coast, was aimed at protecting Indian assets in space against foreign attacks, the government said.

"The capability achieved through the anti-satellite missile test provides credible deterrence against threats to our growing space-based assets from long range missiles, and proliferation in the types and numbers of missiles," the foreign ministry said in the statement.

The test lasted three minutes and was done in the lower atmosphere to ensure there was no debris in space and that whatever was left would "decay and fall back onto the earth within weeks", the ministry said.

"Space is being turned into a battlefront, making counter-space capabilities critical. In this light, India's successful 'kill' with an ASAT weapon is significant."

China destroyed a satellite in 2007, creating the largest orbital debris cloud in history, with more than 3,000 objects, according to the Secure World Foundation.

Ajay Lele, a senior fellow at the government-funded Institute for Defence Studies and Analyses in New Delhi, said India was spurred to develop its anti-satellite capability by China's test.

A spokeswoman for the U.S. mission in Geneva, which handles disarmament issues, had no immediate comment. Kremlin spokesman Dmitry Peskov declined to comment, redirecting questions to the Defence Ministry.

US AN EARLY PIONEER

The United States performed the first anti-satellite test in 1959, when satellites themselves were rare and new.

Bold Orion, a nuclear-tipped ballistic missile repurposed to attack satellites, was launched from a bomber and passed close enough to the Explorer 6 satellite that it would have been destroyed if the nuclear warhead had been live.

The Soviet Union performed similar tests. In the 1960s and early 1970s, it tested a weapon that would be launched into orbit, approach enemy satellites and destroy them with an explosive charge, according to the Union of Concerned Scientists.

In 1985, the United States tested the ASM-135, launched from an F-15 fighter, destroying an American satellite called Solwind P78-1.

There were no tests for more than 20 years, until 2007, when China entered the anti-satellite arena.

The next year, the United States carried out Operation Burnt Frost, using a ship-launched SM-3 missile to destroy a defunct spy satellite.

But Modi, who heads a Hindu nationalist-led government, has taken a strong position on national security, launching air strikes last month on a suspected militant camp in Pakistan that led to retaliatory raids by Pakistan in a dramatic ratcheting up of tension between the nuclear-armed rivals.

Modi faces criticism for failing to deliver on high economic growth and create jobs, but a hawkish position on security should help him at the ballot box.

The leader of the main opposition Congress party, Rahul Gandhi, congratulated the defense scientists for the program but took a dig at Modi for making a big show of the announcement on a day that celebrates theatrics.

"I would also like to wish the PM a very happy World Theatre Day," Gandhi said.

The leader of another opposition group said it would lodge a complaint with the Election Commission against Modi for trying to reap political capital from the space program.

A concern for India is that China could help its old ally Pakistan neutralize any advantage that India gains.

"I don't think Pakistan has acquired that level of accomplishment yet by itself, but Pakistan is no longer seen alone," said Uday Bhaskar, director of Society for Policy Studies, another Delhi think-tank.

"Pakistan and China have a very deep strategic kind of partnership. So some kind of sharing of capabilities can't be ignored."