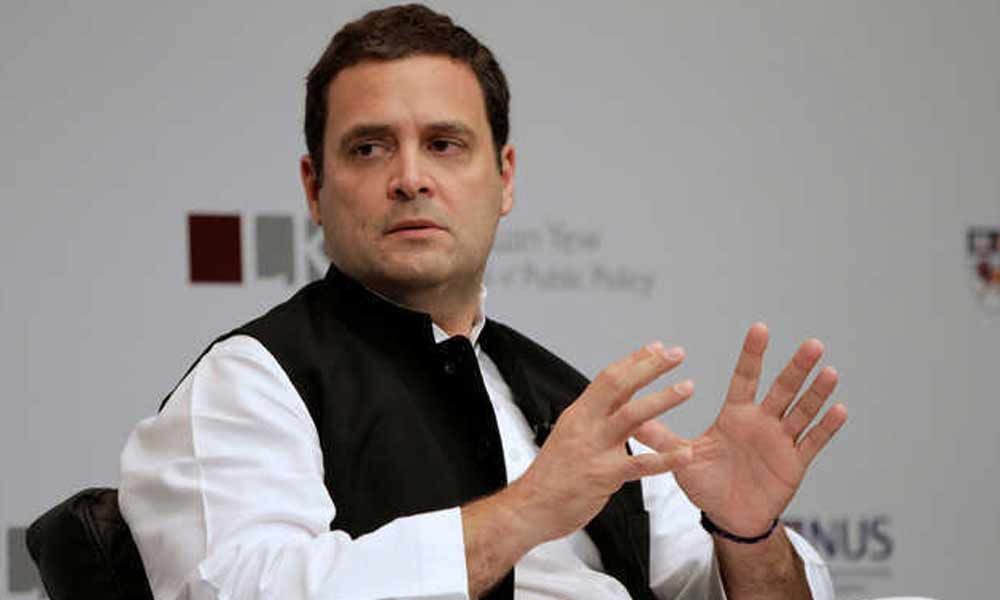 Outgoing Congress President Rahul Gandhi on Saturday described Haryana Chief Minister Manohar Lal Khattar's remarks on Kashmiri women as "despicable", saying that it reflected what years of RSS training does to the mind of an insecure man.

"Haryana Chief Minister Khattar's comment on Kashmiri women is despicable and shows what years of RSS training does to the mind of a weak, insecure and pathetic man. Women are not assets to be owned by men," Gandhi tweeted.

The tweet came after Khattar at an event on Friday said that following the government's move to revoke Article 370 of the Constitution that gave special status to Jammu and Kashmir, the path was clear to bring Kashmiri girls for marriage.

"Earlier 'bahus' used to come from Bihar but now we will bring girls from Kashmir," he added.

Rahul was joined by the head of Congress' Women wing, Sushmita Deb who went to say that Khattar was mentally ill.

"Khattar is mentally ill, it is beyond my imagination that a Chief Minister can utter such words.

"Prime Minister Modi and Union Home Minister Amit Shah must fire Khattar from the post of Chief Minister," she added.

Three days ago, Uttar Pradesh's Muzaffarnagar BJP MLA Vikram Saini had said that party workers were excited over the scrapping of Article 370 as it would now enable them to marry 'gori' (fair) Kashmiri girls.