Kumaraswamy slams PM for politicising sacrifices made by defence forces 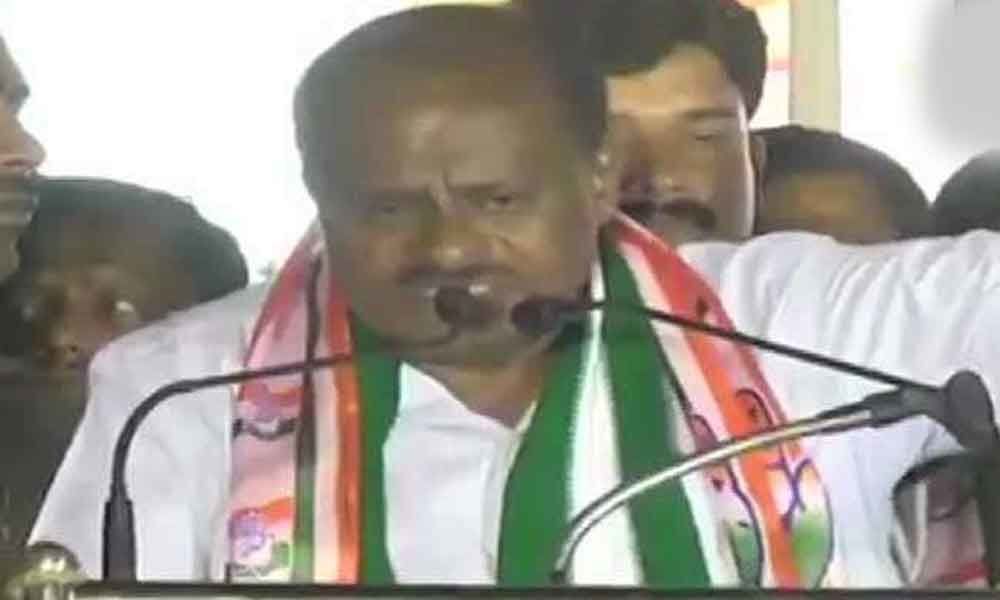 Can your first vote be dedicated to the brave hearts of Pulwama (terror attack)?' PM Modi had said

While addressing a public rally in Madduru on Thursday, Kumaraswamy said, "Those who safeguard the borders are not children of rich people. They are children from poor families who cannot afford two square meals. However, here is a Prime Minister who politicises their ultimate sacrifice."

The statement from the Chief Minister came just days after the Prime Minister appealed the first-time voters at a public rally in Latur district of Maharashtra to dedicate their votes to those who carried out air strike in Balakot and sacrificed their lives in Pulwama terror attack.

"I want to tell the first-time voters: Can your first vote be dedicated to the valiant soldiers who carried out the air strike in Pakistan?" the Prime Minister had stated.

"Can your first vote be dedicated to the brave hearts of Pulwama (terror attack)?" PM Modi had said.