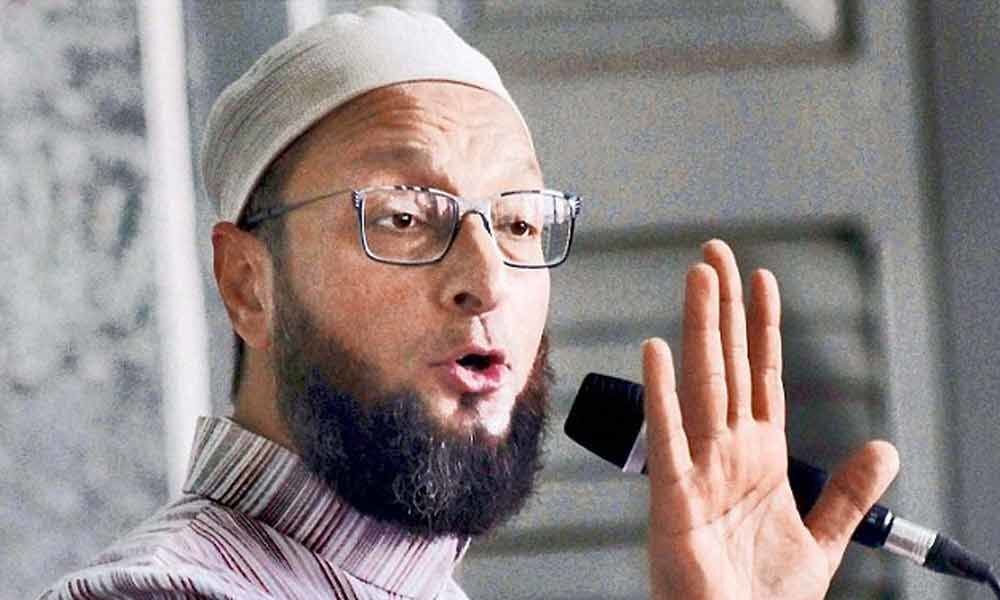 Nitish-led JD (U) contested the 2015 state Assembly elections in alliance with Congress and RJD.

Kisanganj: Taking a jibe at the alliance between Prime Minister Narendra Modi and Bihar Chief Minister Nitish Kumar, AIMIM chief Asaduddin Owaisi on Saturday compared the duo with the love pair of Laila-Majnu.

Nitish-led JD (U) contested the 2015 state Assembly elections in alliance with Congress and RJD. But later joined hands with BJP to run the government.

Out of 40 Lok Sabha constituencies, BJP and the Janata Dal (United) will contest 17 seats each, while the remaining six would be fought by the LJP.

Owaisi also hit out at Union Minister Maneka Gandhi over her remark on Muslims asserting that the 'Sabka Saath, Sabka Vikas' slogan of BJP is a lie.

"Maneka Gandhi scolds and threatens Muslims that if they do not vote for her then they will not get jobs... Prime Minister's slogan 'Sabka Saath, Sabka Vikas' is a lie," he said.

Addressing a rally in Sultanpur, Gandhi had said: "You have to recognise that this victory is sure without you and even with you, and you will have to spread the word... You came to seek our help at the time of your need. But, if you say during election time that we will not vote for the BJP and instead vote for any other party which can defeat BJP, then it breaks our heart."

AIMIM has fielded its Bihar chief Akhtarul Imam as his party's candidate for the Muslim dominated Parliamentary constituency of Kisanganj.