Madhya Pradesh woman sahmed for marrying man of another caste 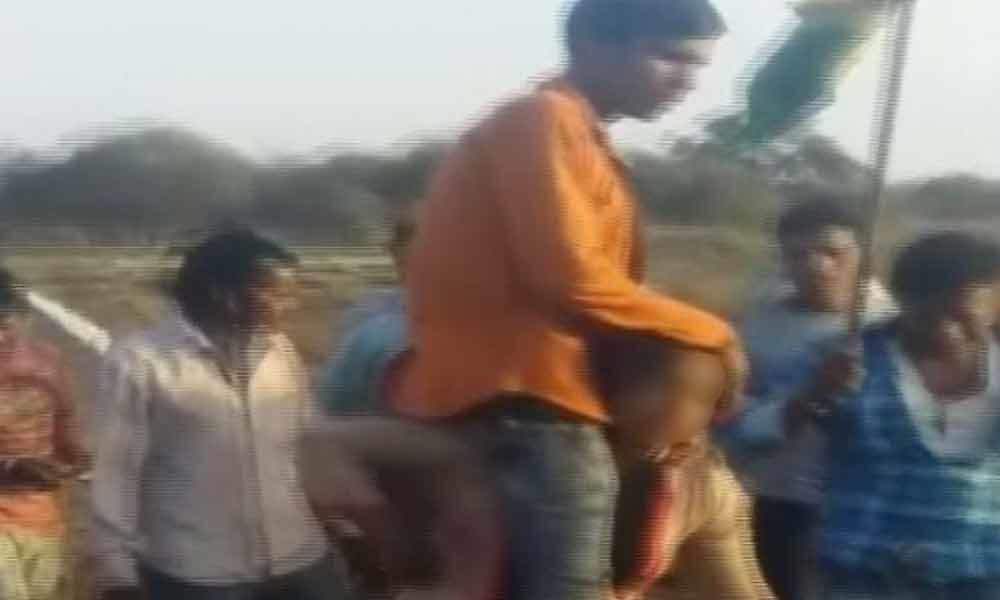 The woman, was forced to carry her husband on her shoulders

Jhabua: A woman here was allegedly shamed by the villagers for marrying a man belonging to another caste.

The woman, reportedly in her twenties, was forced to carry her husband on her shoulders.

The incident took place nearly 340 km away from Bhopal in Jhabua district of the state.

The matter came to fore after a video of the incident went viral.

In the video, the woman can be seen carrying her husband on her shoulder as men surrounding her force her to continue walking. When she pauses to rest, the crowd hooting at her plight begins to jeer. Helpless, she continues to walk.

The police have taken cognizance and registered a case under relevant sections of the Indian Penal Code.

Vineet Jain, Superintendent of Police (SP) Jhabua said: Some people in a group disrespected a woman in Devigarh, Jhabua. A case has been registered against all of them and two people have been arrested. We are trying to nab the rest of the accused."