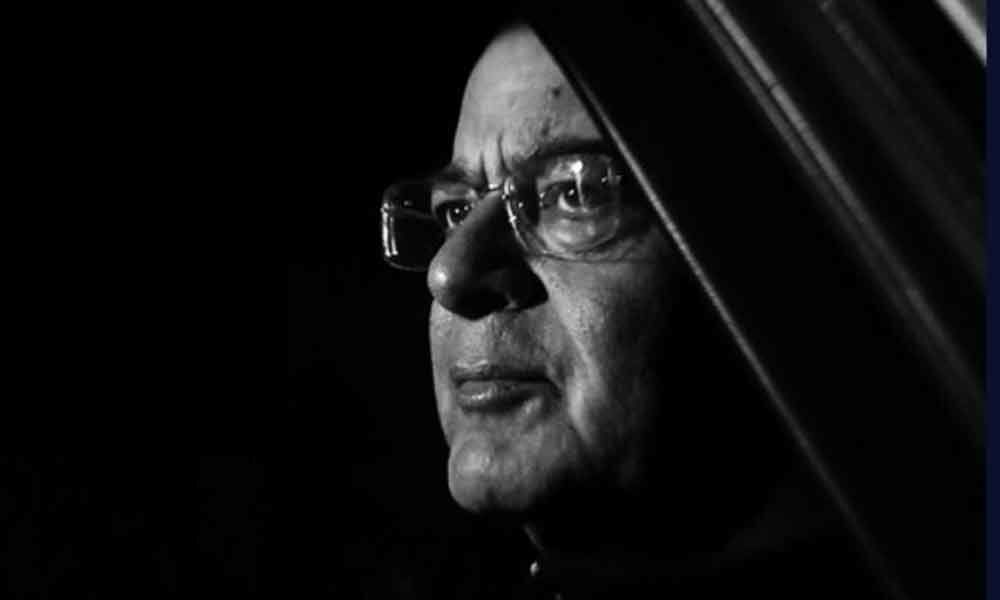 Informally called 'scholar minister' in political circles, he could be the man Friday of anyone at the helm.

New Delhi : Informally called 'scholar minister' in political circles, he could be the man Friday of anyone at the helm. Suave, articulate and a super strategist, Arun Jaitley was the BJP's and Prime Minister Narendra Modi's chief trouble-shooter whose superb four-decade-long political career was cut short by health issues.

Jaitley, 66, who opted out of the Modi 2.0 government over health issues, died at AIIMS here on Saturday after being admitted on August 9 following complaints of breathlessness and restlessness.

A consensus builder, he was regarded by some as Modi's original 'Chanakya', his chief trouble-shooter since 2002 when the Gujarat riots hung over the then chief minister like a dark cloud.

Not just Modi, he reportedly was also instrumental in bailing out Amit Shah during the time he was externed from Gujarat. Shah was often sighted in those days at Jaitley's Kailash Colony office and the two would share meals several times a week.

In the months preceding the formal announcement of Modi as the BJP's prime ministerial candidate in 2014, Jaitley worked discreetly behind the scenes to bring around Rajnath Singh, Shivraj Singh Chouhan and Nitin Gadkari.

A lawyer by training, he was a minister in the Atal Bihari Vajpayee government and when Modi, who once described Jaitley as a "precious diamond", became Prime Minister, he was entrusted with the all-important job of Finance Minister -- overtaking the likes of Arun Shourie and Subramanian Swamy.

He was even given additional charge of defence when Manohar Parrikar's health deteriorated. Knowing well how to work the levers of power, he was Modi's go-to man in New Delhi since the late 1990s and over the years, graduated from being the legal brain, warding off court troubles in the aftermath of the 2002 riots, to being his chief swordsman, input provider and sounding board.

With his multi-faceted experience and acumen, Jaitley was the man for the Modi government in its first term from 2014 to 2019. Be it showcasing the government's achievements or defending controversial policies or launching a fierce attack on the Congress or framing the 2019 election as a contest between stability and chaos, few could have been more effective.

To the nation, he explained the global context of rising fuel prices, articulated a complex Rafale fighter jet deal in simple terms and steered through Parliament major economic legislations such as the nationwide Goods and Services Tax (GST) -- which had languished for nearly two decades.

He was also the man who explained the government's position when a bill to ban the Muslim instant divorce practice known as 'triple talaq' was brought.

From being the BJP government's key political strategist to managing the crucial finance portfolio, Jaitley wore many hats while pursuing his more material interests such as collecting expensive pens, watches and luxury cars. However, his stint in the Modi-1.0 government was affected by his frequent bouts of ill health that even led him to take a short sabbatical.

Last year, he took a three-month break to undergo a kidney transplant and this year he was forced to travel to the US for treatment, depriving him of the opportunity to present the sixth and final Budget of the Modi government's first term.

A moderate, Jaitley has friends across the political spectrum and is one of India's most articulate and influential leaders who brought civility to public discourse, irrespective of whether one agreed with his position or not. Several ministers, such as Nirmala Sitharaman, Piyush Goyal and Dharmendra Pradhan, are believed to have been his proteges.

All party spokespersons flocked to him for advice. While Environment Minister Prakash Javadekar once called him a "super strategist", Modi described him as a "precious diamond" at an election rally in Amritsar from where Jaitley contested, and lost, his first election in 2014.

Still, Jaitley retained his fondness for Amritsari chole and kulcha. As the quintessential insider in the capital's political arena, he was the darling of the media with whom he was so open that he was sometimes accused of being indiscreet and too candid for his own good.

Modi and Jaitley go back a long way. When Modi, an RSS pracharak, was appointed a BJP general secretary in the late 90s in Delhi, he stayed in an annex of Jaitley's official bungalow on 9, Ashoka Road. He is believed to have been part of the move to oust then Gujarat Chief Minister Keshubhai Patel and install Modi.

He backed Modi as chief minister during the outcry over the 2002 riots in Gujarat when support from other BJP leaders in Delhi was not so unwavering.

Son of a successful lawyer who had migrated from Lahore after Partition, Jaitley studied law and became president of the Delhi University Students Union when Indira Gandhi declared Emergency. He spent 19 months in prison for organising a massive protest at the university campus.

After the Emergency, he began practicing law and in 1980 challenged the move by Jagmohan, then Lieutenant Governor of Delhi, to demolish the Indian Express building, which brought him in close contact with Ramnath Goenka, Arun Shourie and Fali Nariman.

This association brought him to the notice of V P Singh, who upon becoming the Prime Minister appointed Jaitley as additional solicitor general, one of the youngest ever to hold the post.

When the National Democratic Alliance (NDA) first came to power in 1999, Jaitley was appointed minister by Vajpayee and over the years, handled law, information and broadcasting, disinvestment, shipping, and industry portfolios.

In 2006, he became the leader of the opposition in the Rajya Sabha and earned the respect of many Congressmen because of his clarity, quick thinking and a phenomenal memory.