Mukhtar Abbas Naqvi slams Congress for opposing Triple Talaq Bill, says nothing to do with religion 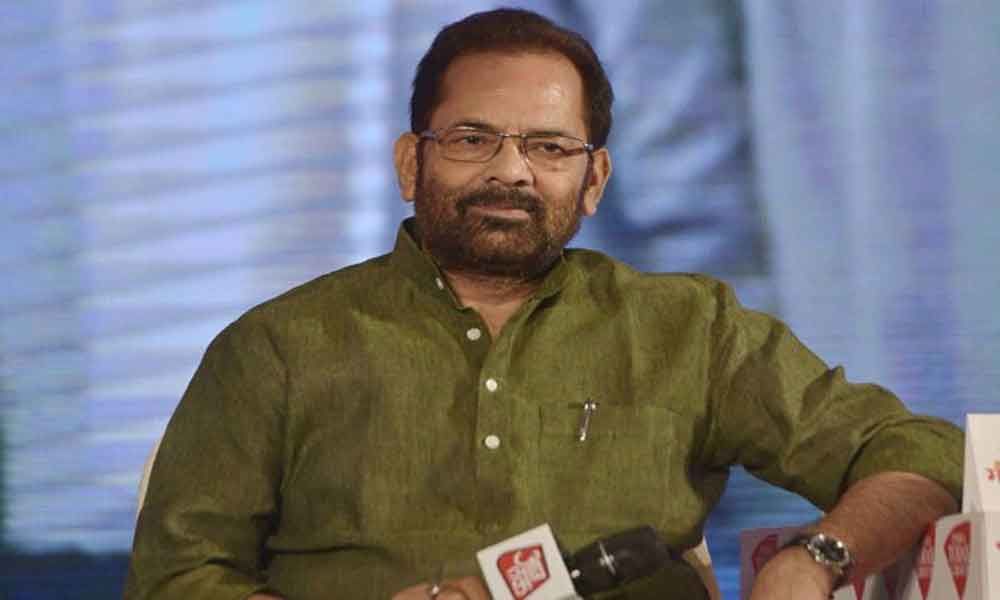 While opposing the Bill, Congress MP Shashi Tharoor had said the Bill does nothing to improve the status of Muslim women.

New Delhi: Union Minister Mukhtar Abbas Naqvi on Saturday slammed the Congress party for opposing Triple Talaq Bill in the Lok Sabha, saying the Bill has nothing to do with religion but wrong practices.

"Congress leaders obstructed the path to make laws for women's empowerment and security. Triple Talaq has got nothing to do with religion but it pertains to wrong traditions and wrong practices," he told ANI.

Citing references of child marriage and Sati system, he said that ending the menace of Triple Talaq is the need of the hour.

He said: "To end wrong traditions and wrong practices, this country first ended child marriage, Sati system, and other such practices. So why should this be not done? The Bill will be passed in both the Houses."

The controversial Triple Talaq Bill was introduced on Friday in the Lok Sabha amid a huge uproar from the Opposition parties, which are against criminalising the offence.

While opposing the Bill, Congress MP Shashi Tharoor had said the Bill does nothing to improve the status of Muslim women.

The Muslim Women (Protection of Rights on Marriage) Bill, 2019, seeks to replace an ordinance by the government in February and to make instant Triple Talaq a penal offence.

Last year, the Muslim Women (Protection of Rights on Marriage) Bill, 2018, was passed in the Lok Sabha but it lapsed after the dissolution of previous Lok Sabha with the bill pending in the Rajya Sabha.