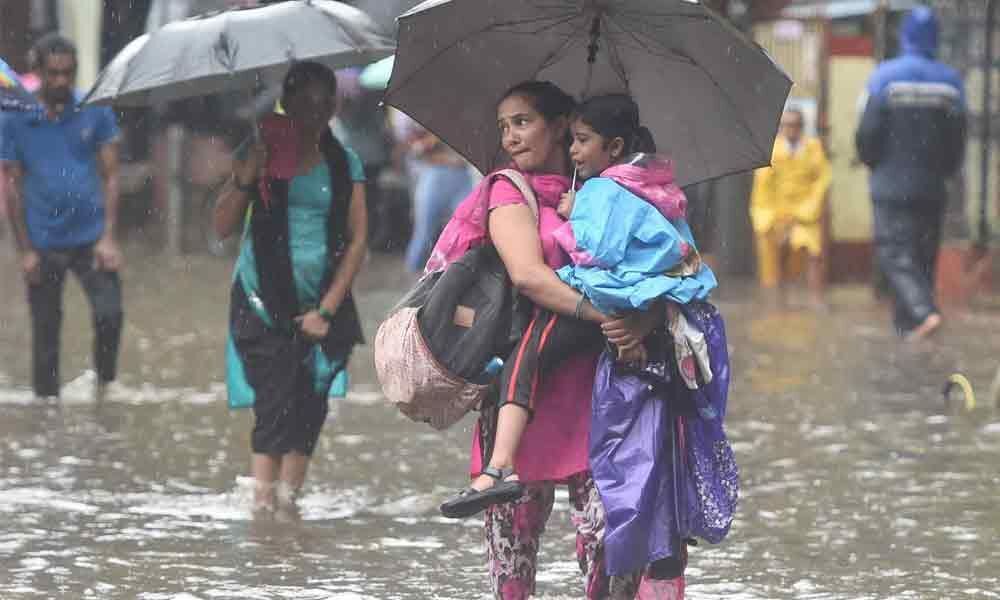 Flight and rail operations were severely hit due to heavy rain and poor visibility at the Mumbai airport on Monday, while the city and the coastal Konkan region were put on 'red alert'.

Mumbai: Flight and rail operations were severely hit due to heavy rain and poor visibility at the Mumbai airport on Monday, while the city and the coastal Konkan region were put on 'red alert'.

A Mumbai International Airport spokesperson said that on account of fluctuating visibility issues, there were no flight movements for some time in the morning.

Although there were no cancellations, at least three flights were diverted to other airports, five go-arounds and delays of 30-45 minutes.

Meanwhile, the Indian Meteorological Department (IMD) has predicted heavy to very heavy rainfall in the city and said that the next 24 hours are very crucial.

Besides Mumbai and north-Konkan regions, Raigad, Thane and Palghar will also have similar weather conditions on Tuesday. Ratnagiri and Sindhudurg will also witness heavy to very heavy rainfall till Friday.

In a different rain-related incident, eight persons were hurt when a ground-plus one floor tenement crashed in Shivaji Nagar. While three women are admitted to Rajawadi hospital, five others were already treated.

While road traffic was affected with snarls at various locations, suburban trains were working normally. Waterlogging was reported in various parts of the city and the adjoining Navi Mumbai suburbs with scores of vehicles stranded, people struggling to move around in knee-to-waist deep waters.

The IMD has warned fishermen not to venture into the Arabian Sea which will be very rough with high waves and wind speeds touching 40-50 kmph till Friday.