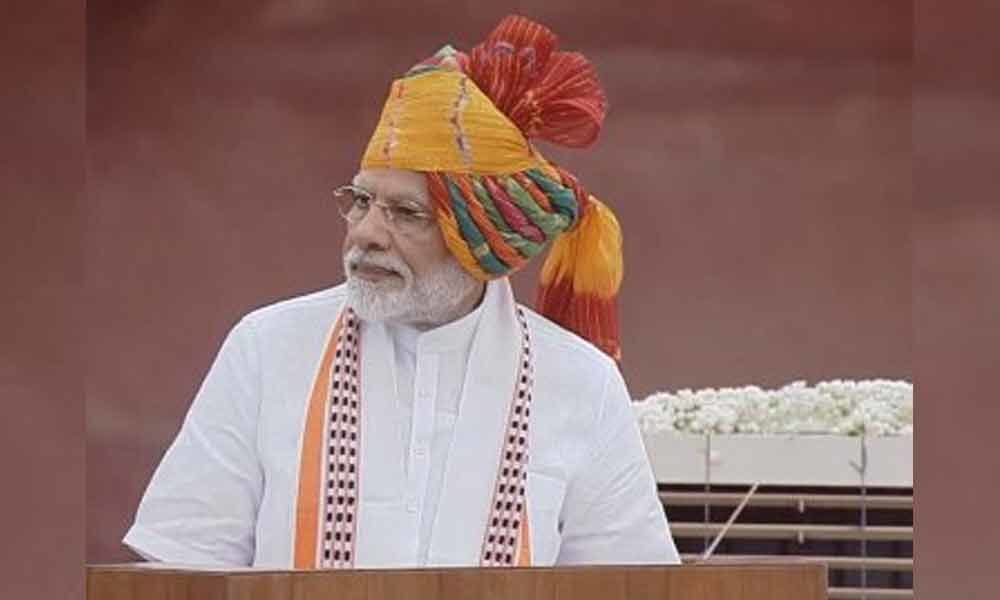 Asserting that single-use plastic is not good for the environment, Prime Minister Narendra Modi on Thursday urged the people and shopkeepers to eliminate the use of plastic bags completely

New Delhi, Aug 15 (IANS) Asserting that single-use plastic is not good for the environment, Prime Minister Narendra Modi on Thursday urged the people and shopkeepers to eliminate the use of plastic bags completely.

In his address to the nation from the ramparts of the Red Fort, Modi said single-use plastic poses grave threat to the environment.

"Can we free India from single-use plastic? The time for implementing such an idea has come. Teams must be mobilised to work in this direction. A significant step must come out by October 2," Modi said.

Urging citizens too, to pitch in, Modi said it would be a good opportunity for the shop owners to advertise with their won cloth bags: "Shop owners and small entrepreneurs should start gifting their customers cloth bags with their branding and inculcate the good habit in the same stroke."

Asking the people to prefer digital transactions instead of cash transactions, Modi told the shopkeepers: "You already have a board outside your shops that reads: 'Aaj nagad, kal udhar'. Similarly you can have a board saying 'yes' to digital payment and no to cash payment."

Emphasising on the requirement of simultaneous poll, the Prime Minister said: "Dream of one nation, one tax has been achieved by the implementation of the GST (Goods and Services Tax). Our nation has also successfully achieved One Nation, One Grid in the Power sector.

"Today, India is talking about One Nation, One Election. So a discussion must be held on this," he said.

The Prime Minister also urged the farmers to minimise the use of chemical-based fertilizers in their farmlands.

Stressing on creation of wealth, Modi said: "Wealth creation is a great national service. Let us never see wealth creators with suspicion. Only when wealth is created, it will be distributed.

"Wealth creation is absolutely essential. Those who create wealth are India's wealth and we respect them," Modi said.

Discussing water conservation, Modi said, "The way in which citizens adopted the Swachh Bharat campaign, time has come to take up water conservation on the same lines. To save water we have to work four times harder and faster."

The Prime Minister also said that "every effort made to remove corruption and black money is welcome. These are the menaces that have ruined the country for the last 70 years. Let us reward honesty."