No Congress, no BJP; only India and tricolour: Scindia on terrorism, Pakistan 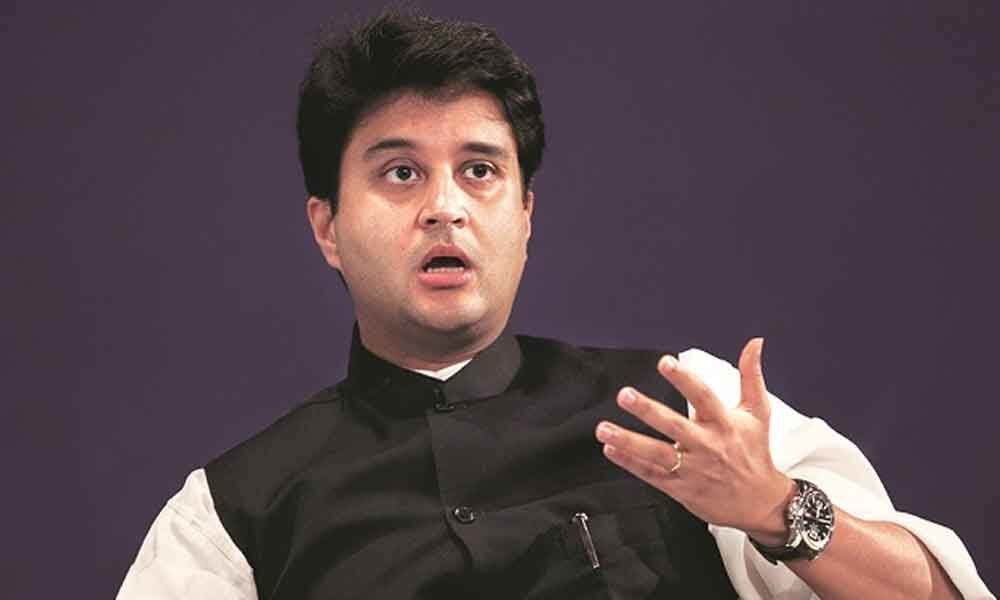 Nagina: Hitting out at the BJP for repeatedly bringing up Pakistan in its campaign, Congress leader Jyotiraditya Scindia says Prime Minister Narendra Modi and his party must stop looking outwards and gaze inwards as jobs and agrarian distress are the key issues facing the country.

Scindia, the Congress' general secretary in-charge of Uttar Pradesh (West), said he is very confident the party's strategy, the candidates fielded and the campaign in the state will result in it winning the trust of the people.

The Congress is fighting the elections in UP on its own strength to rebuild the party, the senior leader told PTI in an interview.

"Stop looking outwards Mr Modi and and the BJP, look inwards and resolve the issues of the country," he said.

As far as terrorism and Pakistan are concerned, everyone stands together, there is no Congress and no BJP, only India and the tricolour, he said.

"Whether you are a Congressman or from any other party, the country always comes first," Scindia said.

Instead of speaking about India and what it had done for its youth, the ruling party was talking about Pakistan, she has said. Describing the party's minimum income scheme 'NYAY' as a "game changer", Scindia said the party will raise funds to ensure that 'NYAY' is provided to the poorest in the country.

"Rs 72,000 in the bank account of specifically the woman member of every family that's below the poverty line is certainly a game changer not for UP alone but for the whole of India," Scindia said.

On whether the scheme will have an impact electorally, Scindia asserted that it is not the Congress strategy to do things for electoral impact.

The Congress, in its manifesto for the Lok Sabha elections, has said 'NYAY' or Nyuntam Aay Yojana will assure up to Rs 72,000 a year or Rs 6,000 a month income to 20 per cent of India's poorest families.

Questioned on the possibility of a post poll tie-up between the Congress and the SP-BSP-RLD grand alliance, he said the Congress is fighting on its own might and the results will be there for all parties to see.

He also dismissed suggestions that a divided opposition had handed the BJP the advantage, saying "we will speak on May 23" when the results will be out and the UPA forms the government at the Centre.