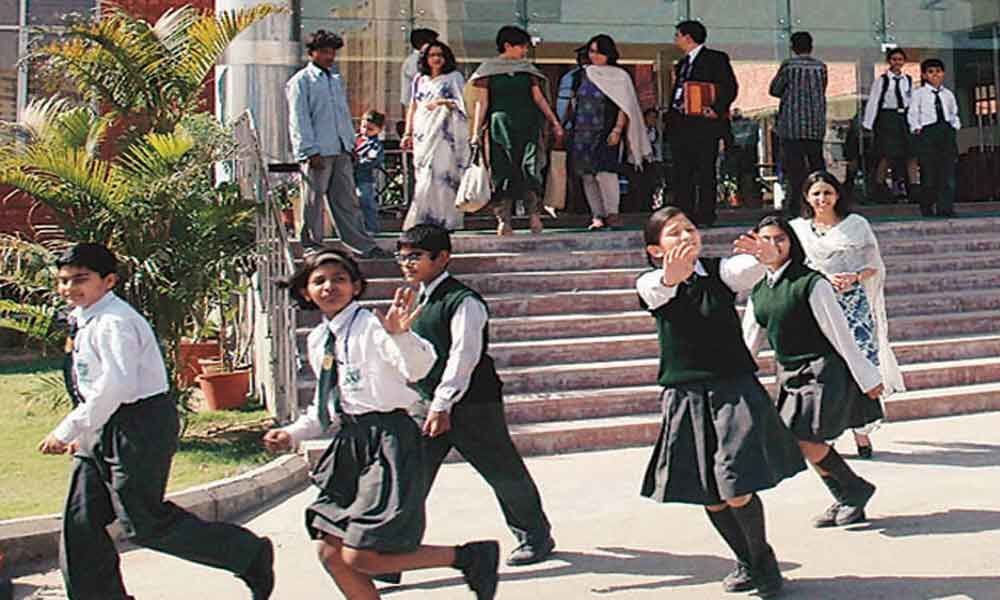 The 12 per cent fee hike, which the parents alleged was implemented by K R Manglam School in Greater Kailash, despite the high court's order not allowing the same.

NEW DELHI: Parents of children of a private school in South Delhi Thursday staged a protest alleging that authorities had cut-off electricity supplies in classrooms after they refused to pay the increased fees.

The 12 per cent fee hike, which the parents alleged was implemented by K R Manglam School in Greater Kailash, despite the high court's order not allowing the same.

However, school principal Sangeeta Arora said the high court order on fee hike is not applicable to their school as it is built on a private land and not on Delhi Development Authority land.

"It is informed that the HC order referred in your mail pertains to schools that have come up on land allotted by DDA or other governmental agencies. Our school has come up on private land. The allegation of the school increasing the fees despite HC order is therefore not tenable," she said. The electricity blackout was not a deliberate attempt, but due to power failure, she said.

Gautam Sharma, whose son studies in class 5, said, "They have increased fee by 12 per cent despite the high court's order and they are forcing parents to pay the hiked fees. Due to non-payment of hiked fee, they have turned off AC and fans of the school and students are studying in such a hot temperature."

Another parent Preeti Kapoor, said, "Height of shamelessness and irresponsibility has been seen in the K R Manglam School. Teachers left small kids alone and unsafe in the class against the protests, shocking to see that this can happen even in the world class school." "Fee hike in private schools is torturing both parents and children. When parents refused to pay increased fees, the school management switched off lights and AC inside classrooms to disturb the kids," Saranpreet Singh.

Several parents also took to Twitter to post videos of protest outside the school and chaos inside classrooms. The school principal said the parents need to appreciate that school fees is the only source of income.

The increasing cost of administration, particularly on account of implementation of seventh CPC or wage incremental factors like DA (twice a year), annual increment payable to staff, higher provision for gratuity on account of increase in salary and length of service do necessitate corresponding increase in fees.