Patients scramble for treatment as fire breaks out in AIIMS 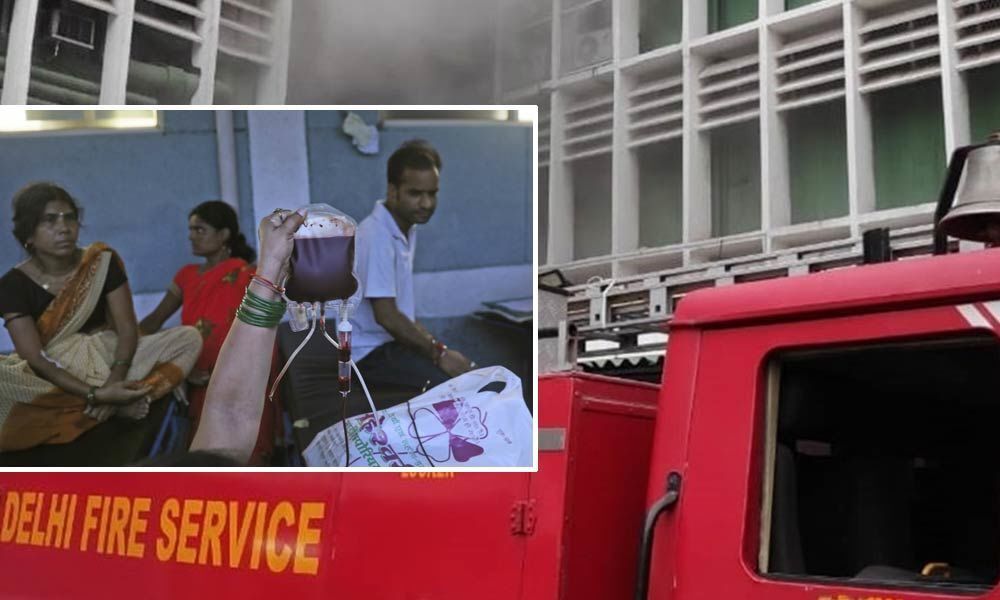 Several patients who visited the AIIMS on Saturday had to scramble for treatment after a major fire disrupted services at the premiere hospital here.

New Delhi: Several patients who visited the AIIMS on Saturday had to scramble for treatment after a major fire disrupted services at the premiere hospital here.

The fire broke out at the teaching block of the hospital forcing the evacuation and affecting the emergency department, though no one was injured in the incident. As the building was being emptied, Bimla Devi (40), of Bihar, who was brought to the AIIMS in the afternoon had to wait for hours to get admitted in the hospital. She had breathing problems and complained of uneasiness. "I came to Delhi along with my mother from Raxaul in Bihar a few days back to get admission in the Delhi University.

On Saturday morning, my mother complained of uneasiness, following which we brought her here," said Archana Kumar Singh, the daughter of Bimla. "We have been waiting for hours to get admitted her into the hospital," she said. Dark plumes of smoke and flames were seen billowing out from the affected building of the health institute. Geeta Devi (34) from Taimur Nagar in Delhi was taken to nearby Safdarjung Hospital by her husband after the fire incident. "She got admitted in the hospital on Friday. She was having an infection on her right leg which was treated by the doctors on early Saturday.

She is in pain and I am taking her to Safdarjung Hospital," said her husband Bhudev. Patients from some floors of the AB ward, close to the Microbiology department where the blaze started around 5 pm, were taken out along with those in operation theatres above it as the smoke spread. A Delhi Fire Services Department (DFS) official said 34 fire tenders were rushed to the site after they were informed of the incident. Mohammad Haris came to Delhi from Gorakhpur in Uttar Pradesh for the treatment of orthopaedic troubles.

"We brought Haris to AIIMS on Saturday morning. He got number and he was about to be admitted in the emergency department. However, due to the fire, we had to leave the department and the hospital officials told us to come back on Monday," said his relative Mohammad Abzur. Sources said the fire spread to the emergency lab in the department of Lab Medicine, which is adjacent to the microbiology department's virology unit, where electricity work was going on for some time and cable and wire being used were lying there.