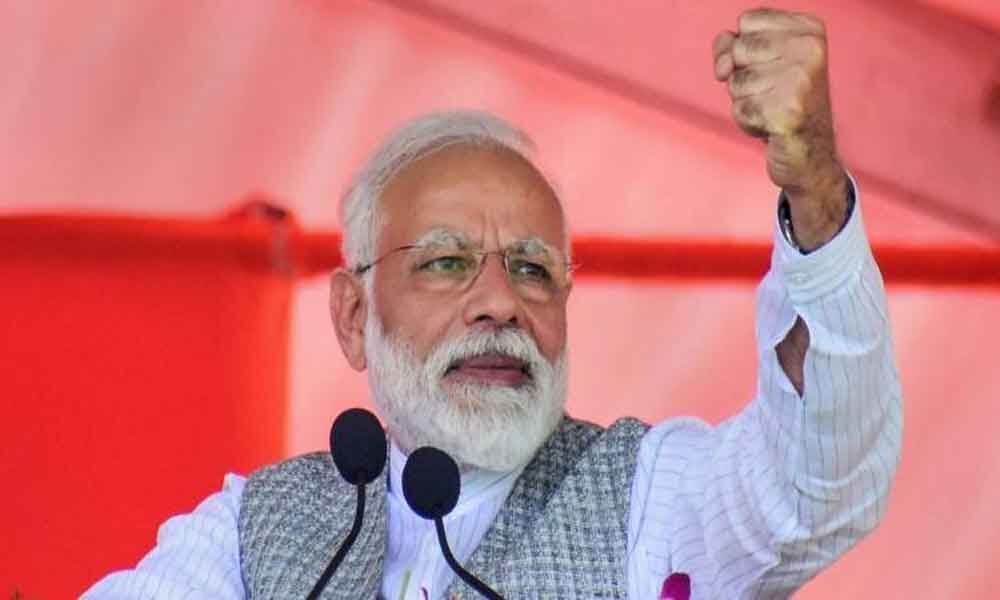 KC Venugopal said that the PM's remarks disrespected not just the people of Wayanad, but also insulted the freedom movement.

New Delhi: Congress on Monday demanded an apology from Prime Minister Narendra Modi for his "condemnable and divisive" statement that hurt the sentiments of people in Wayanad in Kerala.

In a press statement, Congress General Secretary K C Venugopal said, "by alleging that Rahul Gandhi is contesting Wayanad seat on account of there being residents of a particular religion living there, is a disgrace to the high office of Prime Minister is holding."

This comes in the wake of Modi's statement at a rally in Maharashtra where he said that the Congress party was forced to run away from a majority seat to a minority constituency, in a veiled reference to Congress party's recent announcement that Rahul Gandhi contesting from Kerala's Wayanad constituency in addition to UP's Amethi seat.

"Without understanding the cultural legacy and demography of Wayanad, the PM was making a communal and divisive statement," said Venugopal who added that demographically Wayanad reflects the composite culture of India. " It is an ideal ground of combination of various communities and religions that thrive and live together," he said.

Calling Wayanad the "Lion of Kerala", Venugopal mentioned the role of the "pride of whole Keralities" Kerala Varma Pazhassi Raja, a Hindu king who fought against the British in the 18th century.

He said that the PM's remarks disrespected not just the people of Wayanad, but also insulted the freedom movement.

"By hiding all these cultural legacy and multiculturalism, the Prime Minister was not only disrespecting the people of Wayanad, but also insulted the freedom movement," he said.