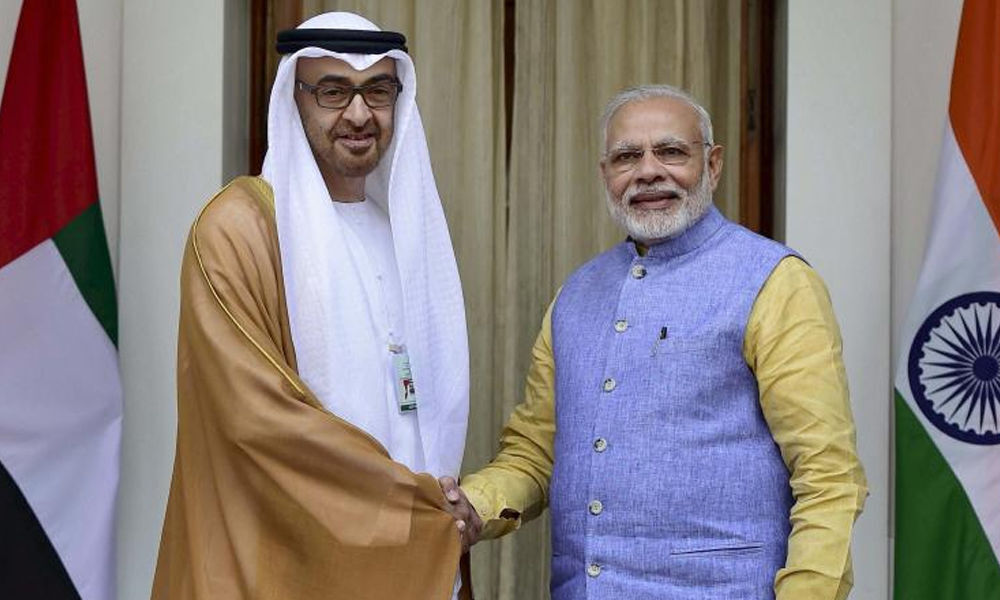 New Delhi: Prime Minister Narendra Modi spoke with the crown prince of Abu Dhabi on Monday and thanked him for inviting India to address the...

New Delhi: Prime Minister Narendra Modi spoke with the crown prince of Abu Dhabi on Monday and thanked him for inviting India to address the Organisation of Islamic Cooperation.

"They reiterated their commitment to further consolidate the bilateral comprehensive strategic partnership," a statement from the Prime Minister's Office said quoting the telephonic conversation.

PM Modi took this opportunity to thank the crown prince for the invitation extended to India for addressing the OIC Foreign Ministers' Council as a guest of honour in Abu Dhabi on March 1.

"He expressed hope that this historical participation would contribute to attaining the common objectives of peace and progress," the statement said.

In a major diplomatic achievement, India for the first time addressed the OIC meeting, and asserted that the war against terrorism, which was destabilising regions and putting the world at great peril, was not against any religion.

India's participation came despite strong demand by Pakistan to rescind the invitation to External Affairs Minister Sushma Swaraj to address the grouping of the Organisation of Islamic Cooperation which was turned down by the host UAE, resulting in Pakistan's Foreign Minister Shah Mehmood Qureshi boycotting the plenary.