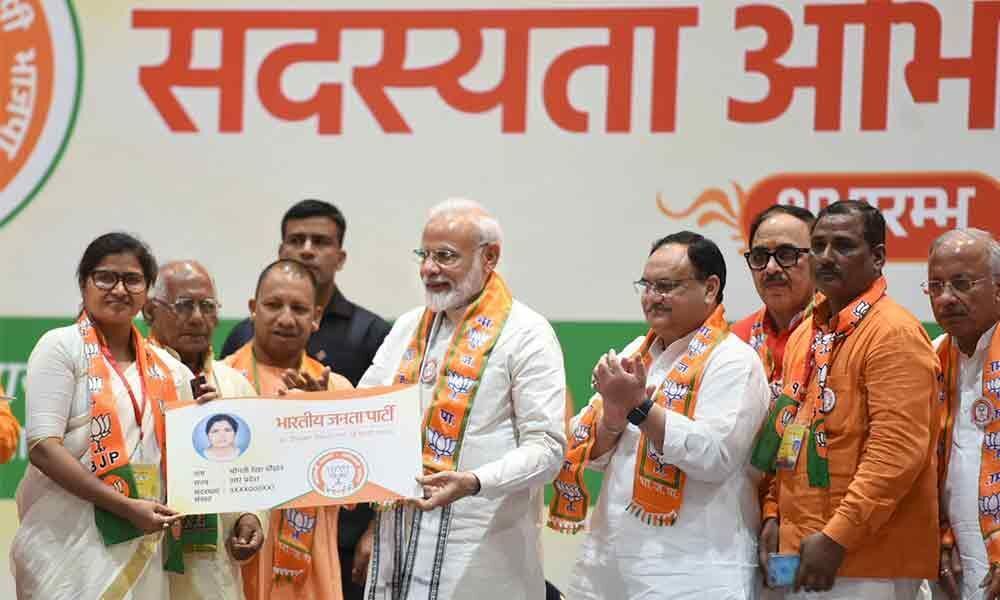 "There are certain people who are saying why government has set such a target (5 trillion-dollar economy), what is the need, why all of this is being done.

These people can be called professional pessimists," said Modi, while inaugurating a membership drive for the BJP in his constituency Varanasi.

"Professional pessimists are very different from common people. If you go to a common man with a problem, he will help you find a solution. But if you go to them for a solution, they will turn it into a threat," he added.

He said to reach the $5 trillion figure, India's economy has to nearly double.

"There is a saying in English, that 'size of the cake matters'... meaning, an individual can get only as big a piece of cake as there is in his/her share... we have increasing India's share to double of what it is, and the benefits of it will reach every Indian," the Prime Minister said.

"The developed nations of the world also went through their own struggles to reach where they are today, but it is India's time now," he added.

The PM said one of the methods of boosting the economy is to see farmers as wealth creators of the nation and not merely as food producers.

"We are now looking at farmers are exporters. There is tremendous potential for our farmers to grow exponentially."

In the Budget, Sitharaman raised taxes for the super-rich and hiked duties on fuel, gold and automobile parts, in measures aimed at tackling a five-year low in growth while tightening fiscal consolidation.

To restart investment, the Modi government also eased Foreign Direct Investment or FDI in the insurance and aviation sectors, tightly controlled for decades, and reduced taxes for corporates.