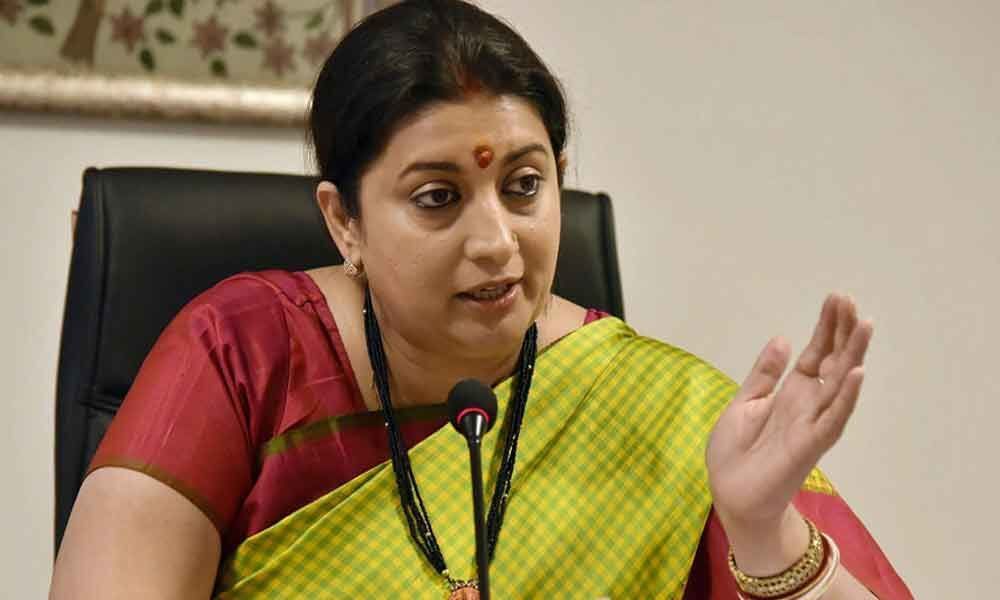 Union Minister Smriti Irani slammed Congress leader Rahul Gandhi saying that it is not for the first time that Pakistan is finding support from him.

Amethi, Aug 29: Union Minister Smriti Irani slammed Congress leader Rahul Gandhi saying that it is not for the first time that Pakistan is finding support from him.

While talking to the media persons here on Wednesday Irani said, "When the Union Home Minister is talking about one flag, one constitution for the entire country, the Congress, following the "hints and directions" from Rahul Gandhi, is echoing the views which tend to divide the country."

"It is not for the first time that Pakistan is finding support from Rahul Gandhi. If you remember, earlier also his views were liked by Pakistan. It would be better for the country if Rahul Gandhi stops igniting the fire of separatism. It is really unfortunate for India that today there is a leader in the country who doesn't think much about the Tricolour, undermines the Tricolour and is loved by the enemy country," said the women and child development minister.

I appeal to the Congress that Jammu and Kashmir and Ladakh are integral parts of the country. Those living there wish to see development under the leadership of PM Modi, she added.

Deputy Chief Minister of Uttar Pradesh Keshav Prasad Maurya also criticised former Congress president. He said, "Rahul Gandhi is speaking in the tone of Pakistan. After the US President Donald Trump refused to mediate the Kashmir issue, Pakistan is boasting of being a nuclear country."

Maurya said, "After Smriti Irani became member of Parliament from Amethi, the development in the constituency has happened at fast pace, if the previous MP of the constituency would have done even half of the development work the situation would have been different. When we won the Amethi seat, I was sure that now Article 370 will also be abrogated."