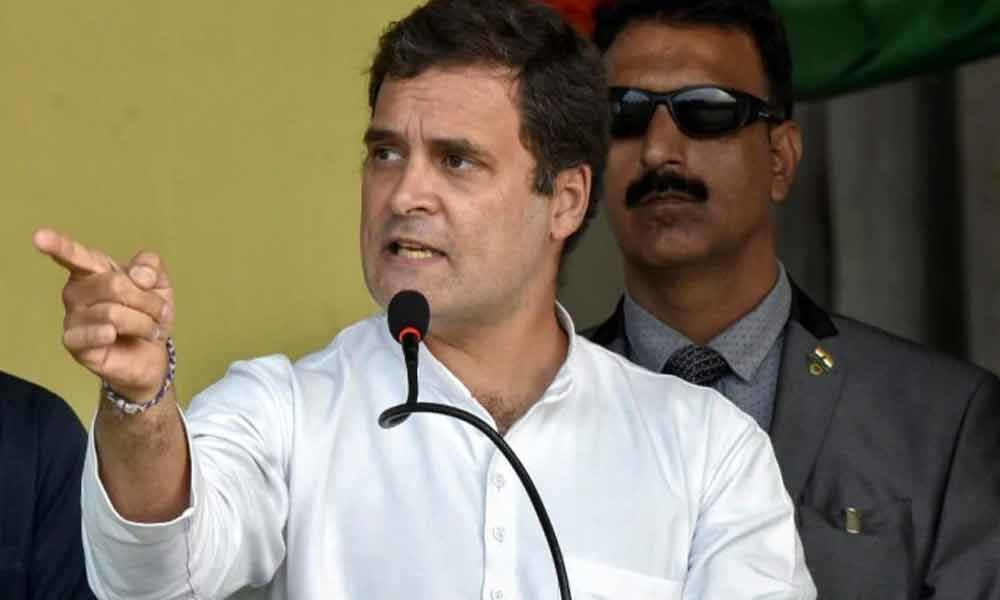 Congress leader Rahul Gandhi here on Monday condemned the clashes in northeast Delhi over the new citizenship law and appealed for peace.

"The violence today in Delhi is disturbing & must be unequivocally condemned. Peaceful protests are a sign of a healthy democracy, but violence can never be justified," Rahul Gandhi tweeted.

Calling for peace, the former Congress chief said, "I urge the citizens of Delhi to show restraint, compassion & understanding no matter what the provocation."

The Congress had earlier alleged hate speeches by the Bharatiya Janata Party (BJP) leaders and inaction on the part of the Delhi Police for total breakdown of law & order.

"The Delhi Police, under the Home Ministry, have failed to control law & order. BJP leaders have been openly delivering hate speeches and threats, but no action is being taken," it had said.

The statement had come after violence broke out in northeast Delhi between pro and anti-CAA activists in which one Delhi Police head constable lost his life.

The Congress alleged BJP leader Kapil Mishra made hate speeches in complicity with senior leaders. "Such comments can only be made with complicity of senior party leaders and the police," the Congress wrote on the official Twitter handle.

A youth also received bullet injury. Several vehicles and a house in the vicinity were also set ablaze. Tension prevailed in the area.