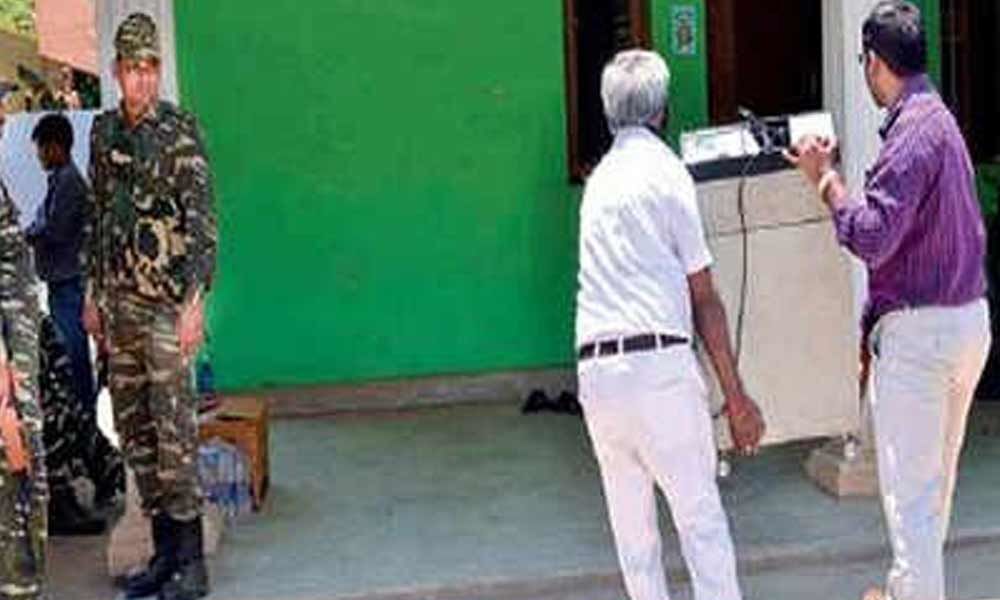 The seized cash was collection from sale of sand claimed the sand mining baron J Sekhar Reddy, the owner of the money.

With a huge seizure of cash from gunny bags and cardboard boxes dumped at a cement warehouse in Vellore district, the Election Commission's worst fears, about the influence of money in the consequent Lok Sabha elections in Tamil Nadu, have come true, on Sunday night.

Mostly in new currency bundles the seized amount is Rs 11.53 crore. Cash-filled envelopes were among the items detained. The I-T officials suspect that the envelopes were meant for distribution among voters before elections according to the slips with details of wards pasted on all of them.

More than Rs 10,000 crore could be pumped in by various political parties into campaigning and for bribing voters in TN and Puducherry by the polling day, April 18, predicted the Intelligence agencies.

"Every new currency bundle, whether it is printed at the Currency Note Press at Nashik or Bharatiya Reserve Bank Note Mudran in Mysore, is tracked till it reaches a bank. Apart from the currency press, the RBI currency chests in every state keep track of the new currency bundles they receive and disburse. It is not a big task to trace from which bank and branch the seized currency at Vellore was disbursed. Since high-value cash withdrawals are not common after demonetization, even the account from which cash was withdrawn can be identified. Furthermore, CCTVs in the banks can identify the individual who withdrew cash," said the RBI official.

"It took several weeks for our staff to complete the task of entering details in computer, but finally we hit a roadblock when the RBI said it had not kept track of distribution of new notes by their serial numbers during post-demonetization period," the I-T official said. The seized cash was collection from sale of sand claimed the sand mining baron J Sekhar Reddy, the owner of the money.