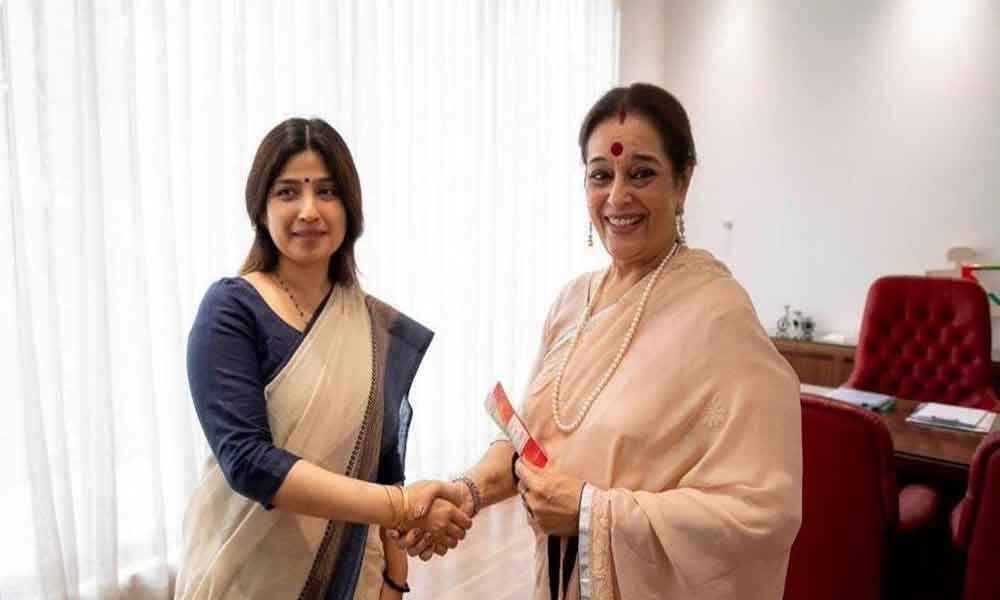 "Poonam Sinha has joined the Samajwadi Party in the presence of SP leader Dimple Yadav in Lucknow," the SP wrote on its official Twitter handle.

Sinha is likely to be fielded from the Lucknow seat against Union Home Minister Rajnath Singh, who is a BJP candidate, said party sources.

Singh filed his nomination from the Lucknow Lok Sabha seat on Tuesday.

When asked about her candidature from Lucknow, Poonam Sinha avoided direct reply saying, "Will tell you tomorrow."

On being asked whether she would be contesting against Singh, she said, "Koi baat nahi, acchi tarah se ladenge (It does not matter. I will fight strongly)."

Poonam Sinha is likely to file nomination on April 18.

Lucknow is going to polls on May 6 along with a total of 51 constituencies across seven states in the fifth phase of the Lok Sabha election.