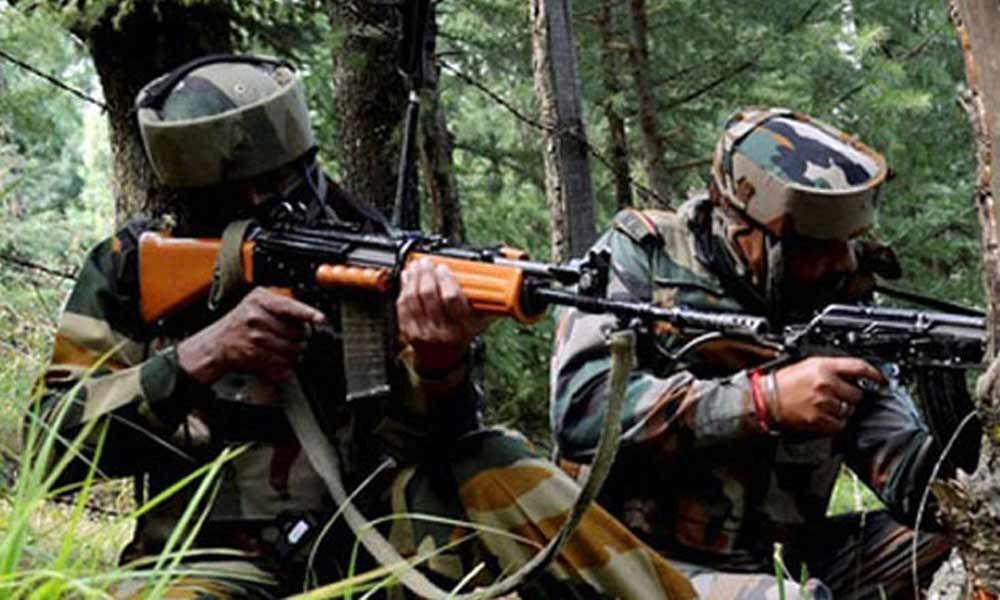 An Army jawan was killed as Pakistani troops violated ceasefire and resorted to firing and shelling along the Line of Control (LoC) in Jammu and...

Jammu: An Army jawan was killed as Pakistani troops violated the ceasefire and resorted to firing and shelling along the Line of Control (LoC) in Jammu and Kashmir's Rajouri district for the third consecutive day on Tuesday, officials said.

Pakistani troops also shelled forward areas and villages along the LoC in Tanghar area of north Kashmir, the officials said.

He said the Indian Army responded strongly and effectively.

"Heavy damage to Pak Army posts and casualties to Pak soldiers have been inflicted by our troops", he added.

In the exchange of fire, Naik Krishan Lal (34) was killed,

Lal hailed from Akhnoor district's Ghagriyal village. He is survived by his wife, Shashi Devi.

Victory Venkatesh Is Coming Up With 'Naarappa'…
Top
We use cookies for analytics, advertising and to improve our site. You agree to our use of cookies by continuing to use our site. To know more, see our Cookie Policy and Cookie Settings.Ok