SP, BSP worked for development of their communities, not society: Amit Shah 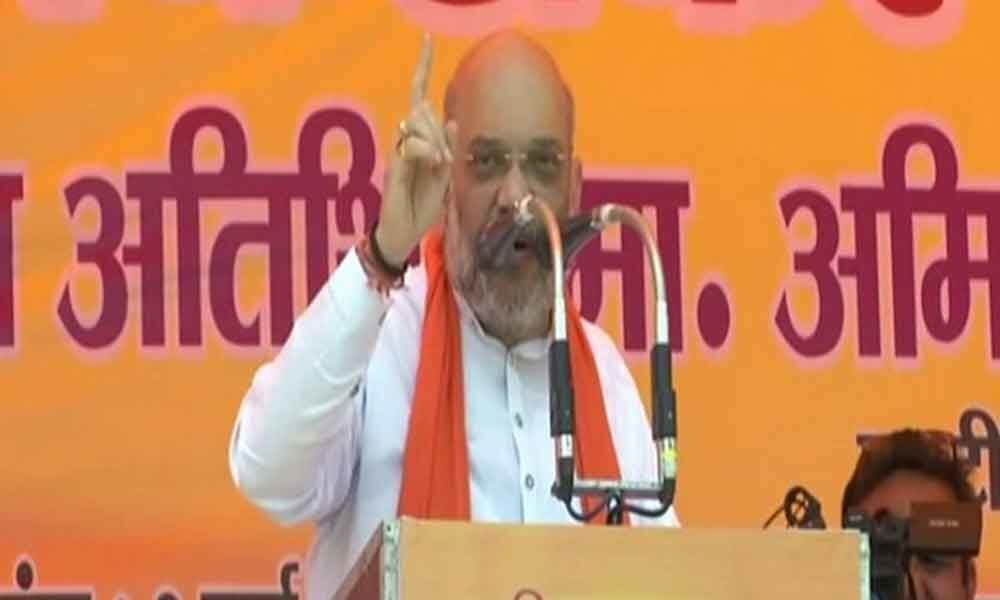 Five of the seven phases of the general elections have concluded, while two phases are scheduled to be held on May 12 and May 19.

Balrampur: BJP President Amit Shah on Thursday hit out at the chiefs of Samajwadi Party (SP) and Bahujan Samaj Party (BSP) stating that both the parties worked only for the holistic development of their communities and not the society.

"Bua-bhatija jodi (Mayawati and Akhilesh Yadav) asks Prime Minister Narendra Modi what he did for Uttar Pradesh. I want to tell Akhilesh and Mayawati that they only worked for the development of their communities and not the society," Shah said in an election rally here.

"We have ruled here only for five years but SP and BSP ruled here for 25 years. They should first speak about their work. When Sonia and Manmohan were at the Centre, they gave Rs 3,30,000 crore to Uttar Pradesh but Narendra Modi has given more than Rs 10,27,000 crore to the state," he said.

Shah further said the biggest achievement of the BJP government so far in the state was to shut down all illegal butcher shops in order to save "gau mata". (cow).

Taking a jibe at Congress president Rahul Gandhi, the BJP chief quipped that Gandhi travels abroad during the summers as he cannot withstand the season.

"Rahul baba is a mahamilawati leader of the grand alliance. He is a leader who cannot survive in the summer season. Thus, he goes abroad in summers and even his mother has no idea where her son goes in summers," Shah said, adding that Prime Minister Modi works for around 20 hours a day and has not taken any leave in the last 20 years.

Continuing his tirade against Congress, Shah said, "Indian Overseas Congress chief Sam Pitroda says that we should not attack terror camps at Pakistan and advised us to hold talks with Pakistan. I want to tell Rahul (Gandhi) and Pitroda- we are BJP government, we do not hold talks with terrorists; we reply to them in their language."

Five of the seven phases of the general elections have concluded, while two phases are scheduled to be held on May 12 and May 19. Counting of votes will take place on May 23.

Polling in Uttar Pradesh is being held in all seven phases.