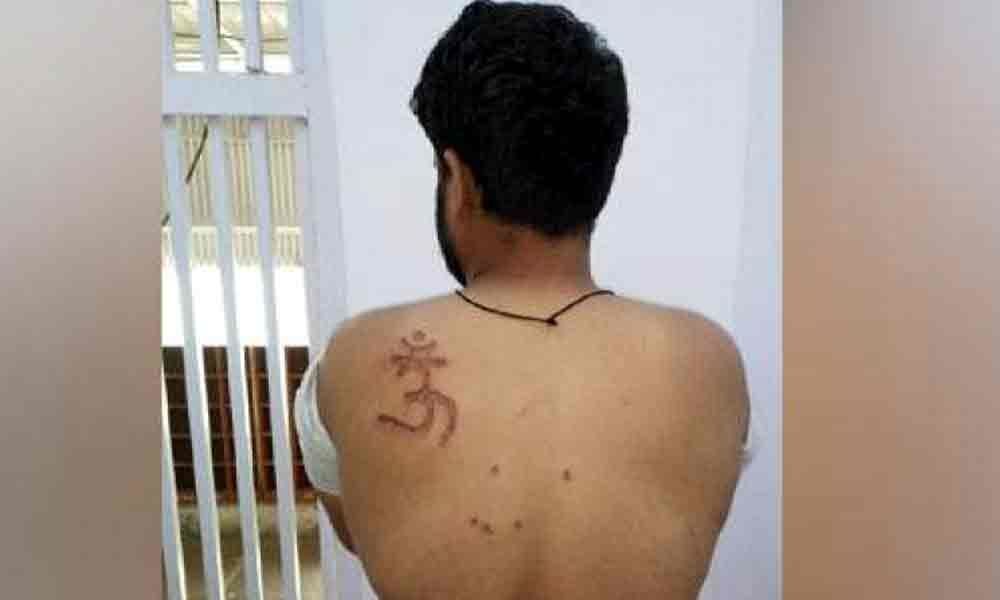 On Friday Nabbir, the prisoner alleged that 'Om' symbol has been engraved on his back while he was in judicial custody and lodged in the Tihar Jail.

NEW DELHI: Just a day after a Muslim inmate in Tihar accused the Jail superintendent of forcefully branding symbol OM on his back, the AIG PRO of the jail on Saturday said that an enquiry committee has been constituted in the case and the report will be submitted to the court soon.

Speaking to ANI, Tihar Jail AIG (Prisons) PRO said: "An inquiry committee has been constituted, the report will be brought before Court. Action will be taken as per further order."

"Taking cognisance of the matter, Court had ordered a detailed inquiry and that the prisoner be shifted to a different prison," he added.

On Friday Nabbir, the prisoner alleged that 'Om' symbol has been engraved on his back while he was in judicial custody and lodged in the Tihar Jail.

The matter came to light when Nabbir alias Popa, an alleged arms dealer, was produced before the Karkardooma Court as his judicial custody was ending today.

Nabbir took off his shirt before the Duty Magistrate Richa Parashar and showed her the said symbol. He also accused the Tihar Jail authorities of thrashing him and also making this symbol with hot metal and forcing him to fast.

Following this, the court ordered the Tihar Jail authorities to inquire into the matter and submit a report within 24 hours.

The judicature further ordered that necessary steps be taken to ensure the safety of the inmate in jail and should be removed from the direct or indirect supervision of superintendent Rajesh Chauhan.

Nabbir, a resident of New Seelampuri area of New Delhi, is lodged in the jail in an alleged arms supply case. He has been kept in Jail No.4's high-risk ward.