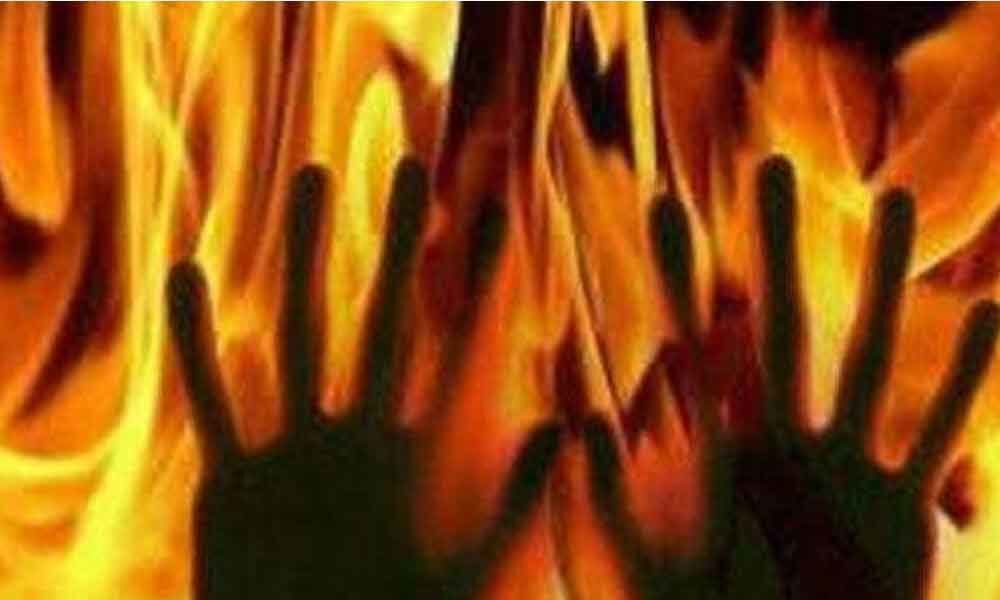 According to DGP OP Singh, the husband and wife received 60 per cent burn injuries and have been shifted to Safdarjung Hospital.

Mathura: A couple set themselves on fire inside Surir police station on Wednesday over the alleged inaction by cops in connection with a scuffle which took place between the couple and the neighbours.

According to Director General of Police (DGP) OP Singh, the husband and wife received 60 per cent burn injuries and have been shifted to Safdarjung Hospital.

"They had a fight with their neighbour and after receiving the information, police reached the spot but couldn't take action. Disappointed with this, the couple set themselves on fire," the official added.

"SHO of the police station along with two other personnel have been suspended. A probe has been entrusted to Superintendent of Police (SP) City Mathura who will submit his report within three days."

A case has been registered in this regard.