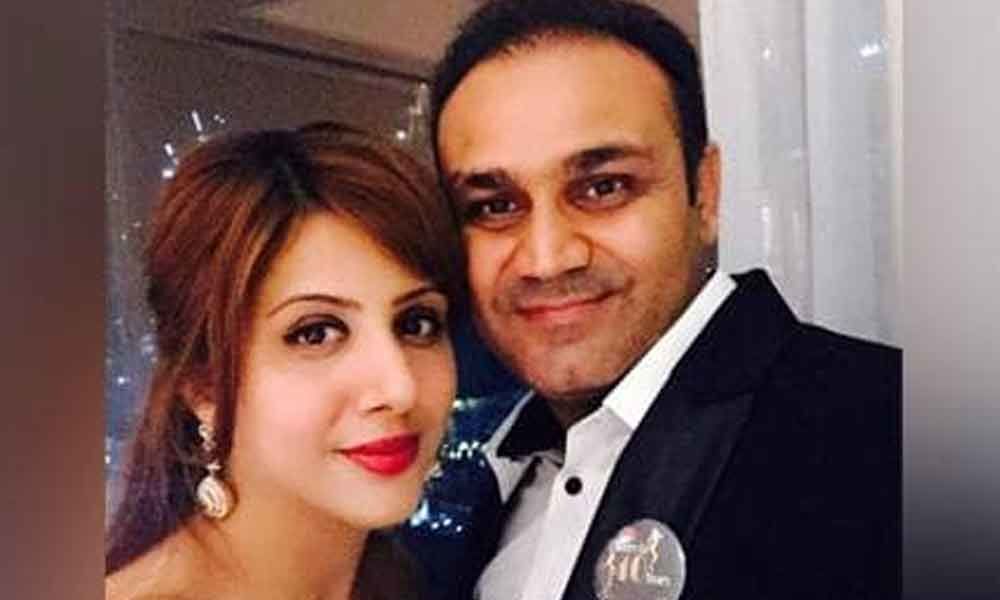 Aarti Sehwag alleged that her business partners forged her signature to take a loan of Rs 4.5 crore from another firm and later defaulted on the payment, in a complaint to the police.

"The accused persons approached the creditors without any consent and knowledge of the complainant ... and availed loan of Rs 4.5 crore from them," she said.

"Due to the default, the creditors invoked the arbitration clause and filed a complaint in the court. During the proceeding, it was shocking for the complainant to see her signature and partite agreement, which she had never signed," the complaint read.

The police have registered an FIR against the accused under Sections 420 (cheating and dishonestly), 468 (forgery), 471 (using as genuine a forged document) and 34 (common intention) of the Indian Penal Code based on her complaint.