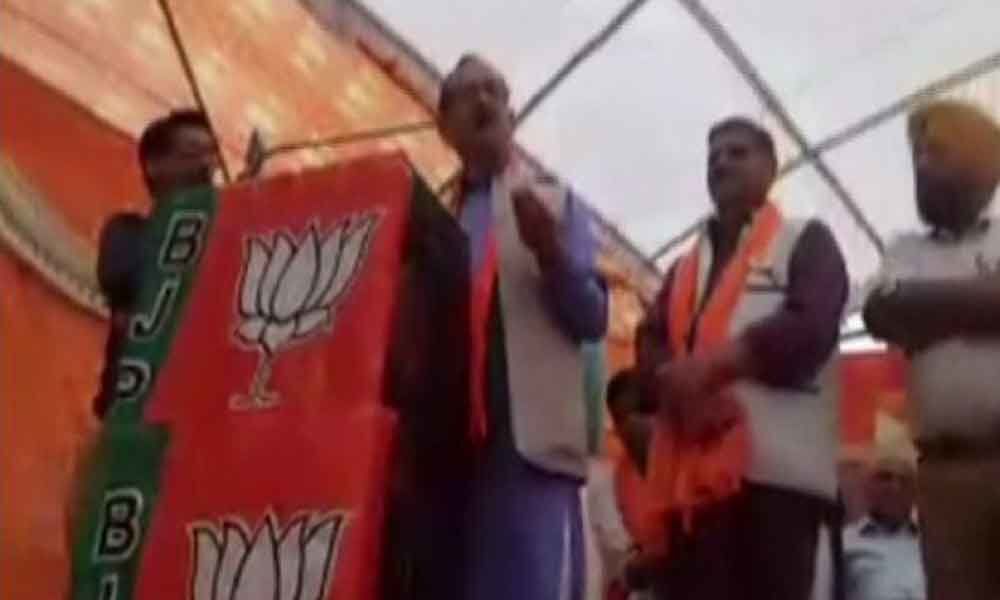 "Rahul Gandhi is out on bail, his mother is out on bail, his brother-in-law is out on bail, and yet he calls the Prime Minister a 'chor' (thief). Modi ji is not even on bail, there is no case against him then who are you to call him (Modi) a chor like any judge? A Punjabi man asked me to convey this to you with a heavy heart, and that inspires me to tell you this. If this country's 'chowkidar' (watchman) is a 'chor', then you are a m********," he said at a rally here on April 13.

The remark has irked the Congress, who has demanded an apology from the BJP leader.

"The government has failed in the last five years and they are speaking like this. The public does not like this kind of language. It is very shameful the way comments are being made on leaders. Satti and the BJP must apologise," Himachal Pradesh Congress chief Naresh Chauhan told ANI.

Modi had declared himself as the 'chowkidar' who watches over the country's borders and wealth while campaigning during 2014 Lok Sabha polls, and the same idea was used for the BJP campaign "Main Bhi Chowkidar" for the ongoing general elections.

However, the Congress countered his claim to allege that "chowkidar chor hain (the watchman is a thief)", referring to the alleged scam in Rafale fighter jet deal with France.