Why is RSS hostile to me when I am a Hindu?' asks Digvijaya 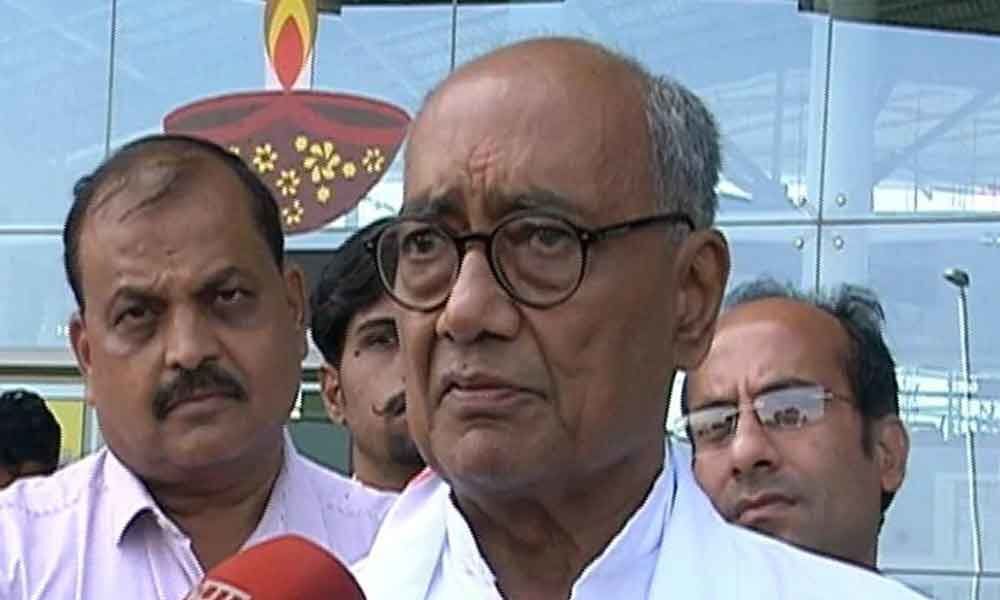 Singh, who is the Congress candidate from Bhopal, said he was a disciple of Shankaracharya, but he did not show off his faith.

Bhopal: Senior Congress leader Digvijaya Singh asked on Thursday why the Rashtriya Swayamsevak Sangh (RSS) was hostile to him, a Hindu.

Singh, who is the Congress candidate from Bhopal, said he was a disciple of Shankaracharya, but he did not show off his faith.

"I have no dispute with the RSS. If the RSS is an organisation of Hindus, Digvijaya Singh too is a Hindu. Then why this hostility," he said, when asked by reporters why the BJP dubs him as anti-RSS and anti-Hindu.

"I am an anointed disciple of Dwarka and Jyotish Peeth Shankaracharya Swami Swaroopananda Saraswati since 1983.

Neither I tom-tom my faith from the rooftop nor do I exploit it during elections," the former Madhya Pradesh chief minister said.

"Politics divides, it divides even families. Therefore religion should not be connected to politics," the Congress leader said.

To a question about BJP's slogan of "Congress-Mukt Bharat" (Congress-free India), he said, "This was the mindset of Hitler...this mean no opposition. We are fighting this mindset."

Prime Minister Narendra Modi had promised two crore jobs, but after note-ban, 27,000 jobs were lost every day, he claimed.