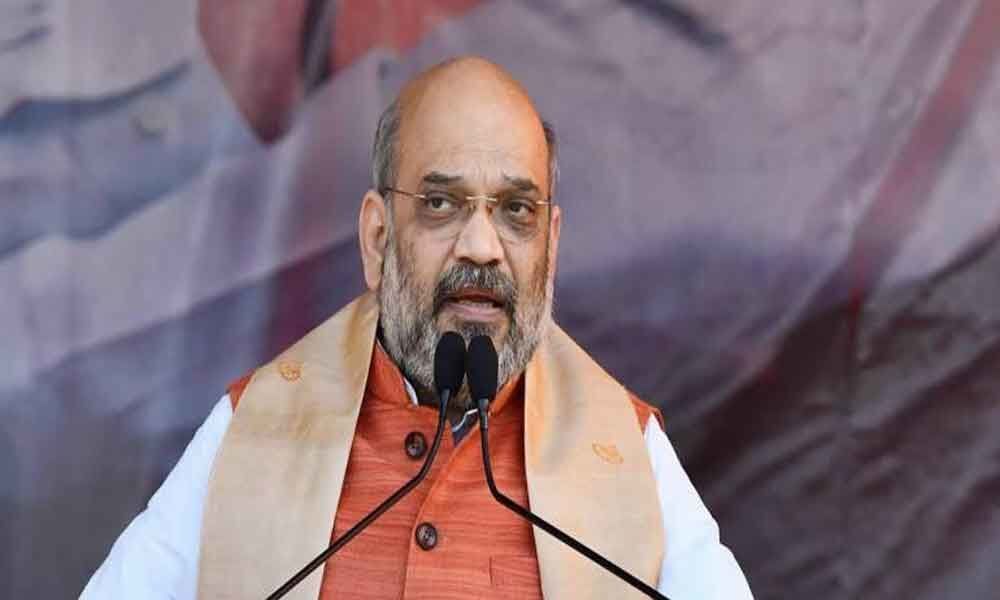 The NRC is a document containing names of all genuine Indian citizens in Assam.

Alipurduar: BJP president Amit Shah said Friday his party will replicate the National Register of Citizens (NRC) exercise in West Bengal on coming to power at the Centre to "throw out" infiltrators. He, however, made it clear that Hindu refugees will not be touched. "We will also bring in NRC in Bengal and throw out all inflitrators. We will also ensure that the Hindu refugees are not touched. They are very much a part of our country," Shah said.

The NRC is a document containing names of all genuine Indian citizens in Assam. It, however, became a hugely contentious issue after the complete draft, released last year, omitted the names of lakhs of people who have been residing in the state for several decades.

The BJP president also said the upcoming Lok Sabha polls are all about restoring democracy in the TMC-ruled West Bengal. "The TMC stands for three Ts -Trinamool, toll and tax. Under the TMC government, syndicates (groups of extortionists) are flourishing in Bengal," he claimed.

Criticising opposition leaders for questioning the government over air strikes in Pakistan's Balakot to avenge the Pulwama killing of 40 CRPF personnel, Shah said only a strong leadership under Narendra Modi could give a befitting reply to China on Dokalam issue and Pakistan for its terror tactics.

"But the opposition leaders are questioning the government (over the air strike). They want to hold talks with Pakistan. In this election, you have two ways - one leads you to Narendra Modi, the other to Thugbandhan (a gang of thugs) of leaders like Rahul Gandhi, Mamata Banerjee and Akhilesh Yadav," Shah said.