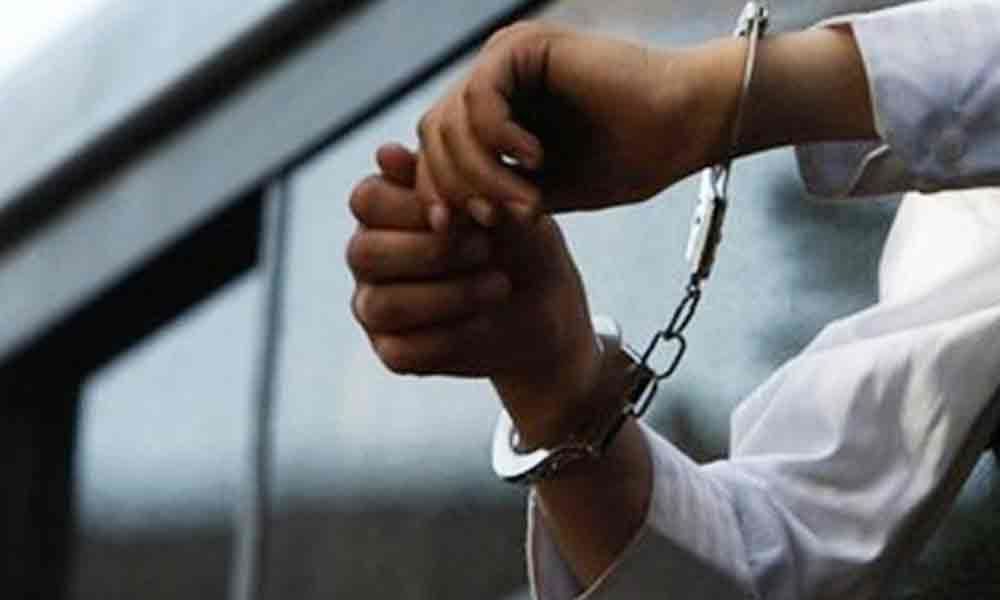 A 42-year-old woman and her live-in partner were arrested by the police on Wednesday for allegedly killing an elderly couple and their nursing attendant in southwest Delhi's Vasant Vihar, police said Wednesday.

New Delhi : A 42-year-old woman and her live-in partner were arrested by the police on Wednesday for allegedly killing an elderly couple and their nursing attendant in southwest Delhi's Vasant Vihar, police said Wednesday. Frustrated with their financial losses, the duo had initially planned to rob the elderly couple but ended up killing them and the attendant. The accused, Preeti Sehrawat and Manoj Bhatt (39), were nabbed from a hotel in Gurgaon on Wednesday morning, they said.

The bodies of the elderly couple, Vishnu Mathur (78) and Shashi Mathur (75), as well as their nursing attendant, Khushbu Nautiyal (24), were found with their throats slit at their residence in Vasant Apartment on Sunday morning. The Southwest district police, which was tracking the case, had earlier ruled out robbery as a motive behind the murders and had said that the entry was friendly as the house was not ransacked.

However, the Crime Branch team, which was also simultaneously working on the case, got a vital clue when they came to know from the daughter of the deceased couple that Sehrawat, had suddenly visited them after many years.

The crime branch also came to know that Sehrawat was the daughter of one of the colleagues of Shashi Mathur. "On June 17, Sehrawat visited the Mathurs and stayed with them overnight to become familiar with the entry and exit points of the house. On the same night, she also spoke to the daughter of the elderly couple using Khushbus' phone," said Satish Golchha, Special Commissioner of Police (Crime).

The accused were in poor financial condition and had incurred huge losses. To compensate their losses, they planned to target the elderly couple, the officer said. He said Sehrawat and her live-in partner visited the area to conduct a final recce on June 21. The next day, at around 11.30 pm, Sehrawat and Bhatt reached Vasant Apartment on a motorcycle. Aware of the CCTV cameras, Sehrawat covered her face with a 'dupatta' while her partner covered his face with the helmet to hide their identities, the officer added.

Reaching the first-floor apartment of the Mathurs, Sehrawat knocked the door and gained entry into the house after Khusbhu opened the door. The Mathurs were in their bedroom at that time. While Sehrawat asked the nursing attendant to prepare tea, Bhatt asked her (Khushbu) to switch on the television to suppress any kind of noise, Golchha said.

They first targeted the nursing attendant and stabbed her multiple times with a sharp-edged weapon and then killed the elderly couple by slitting their throat. They ransacked the entire house for more than two hours and fled the spot after looting jewellery and cash, the officer said.

On June 23, both the accused checked into a hotel in Gurgaon near their residence and stayed there for two days. They shifted to another hotel in the same city on Monday from where they were detained. Bhatt was found to be wearing the gold chain with a locket and a diamond studded gold ring belonging to the deceased couple, the officer said.

Sehrawat did a Hotel Management diploma course and used to run a restaurant in Sector 9 in Gurgaon. She got married to a person named Nicholas in 2000. However, her husband left her in 2005 and settled in Canada. She met Bhatt at her birthday party around three years back and was in a live-in relationship with him ever since.

The duo started a restaurant together and suffered huge losses. They then started a guest house in Sector 38 in Gurgaon where they again suffered losses. She was still searching for a decent job to earn her livelihood when she hatched the conspiracy to murder the elderly couple, he added.

The motorcycle on which they travelled to Mathurs' residence, a black sling bag visible in the CCTV footage, a diamond studded ring, gold chain, an artificial gold bangle of the deceased woman and cash worth Rs 86,000 has been recovered from them, the police said. The sharp-edged weapon used to commit the crime has not yet been recovered, they added.