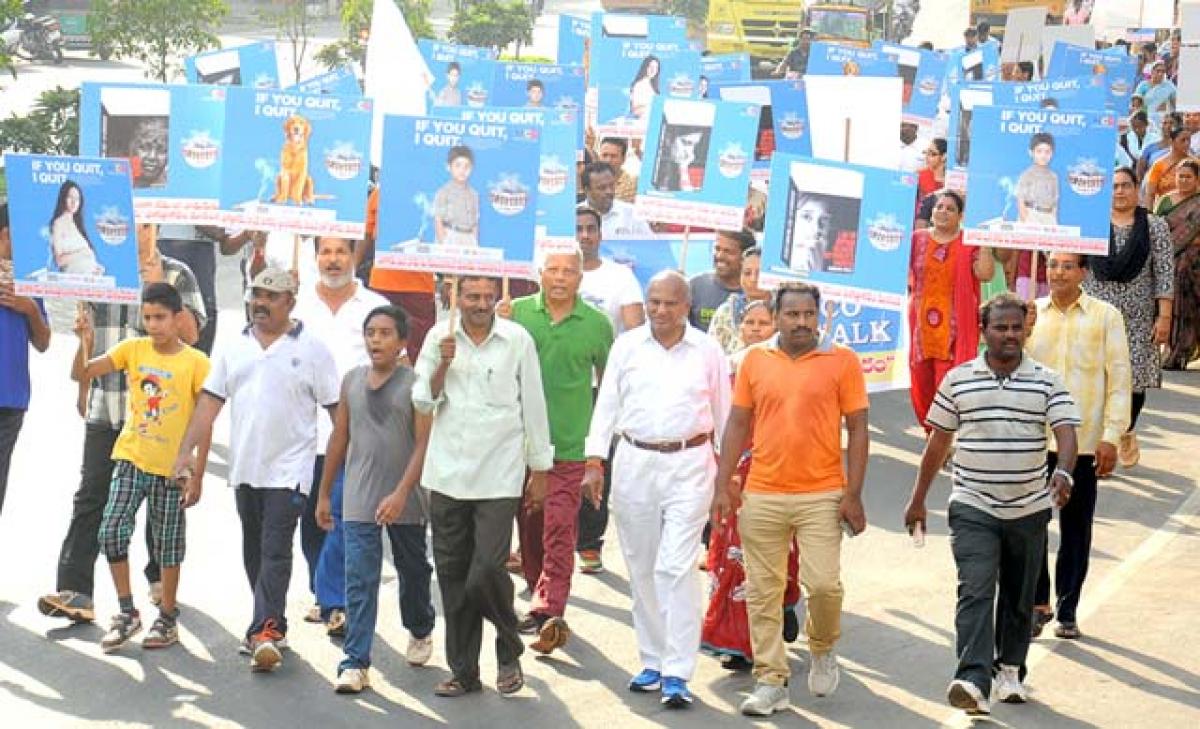 The World No-Tobacco Day was observed by various hospitals, organisations and associations in the city, who have taken out rallies, runs and walks to promote the hazards of using tobacco.

The World No-Tobacco Day was observed by various hospitals, organisations and associations in the city, who have taken out rallies, runs and walks to promote the hazards of using tobacco.

Andhra Pradesh NCC Directorate NCC Cadets from various colleges in the city have marched towards PB Siddhartha Arts and Science College from Andhra Loyola College in a rally, so as to spread awareness about the use of Tobacco and its effects on human body.

Cadets of various groups have displayed placards and banners trying to educate public on the usage of cigarettes, ghutka, kainy, paan among others. A street play was enacted by the students and a few cadets spoke on the topic.

Chief Surgical Oncologist Dr M Gopi Chand and Radiation Oncologist Dr VSN Rao speaking on the occasion said that as per the WHO, the epidemic of tobacco is likely to kill 8 million people every year by 2030.More than 80 per cent of these deaths are preventable in the low and medium economy countries.

In the year 2009, 6 out of 10 top tobacco producing countries had malnourishment rates between 5 and 27 per cent. In India, as many as 10 lakh people die every year due to tobacco be it a smoker or passive smoker. The number is likely to double by 2020, they added.