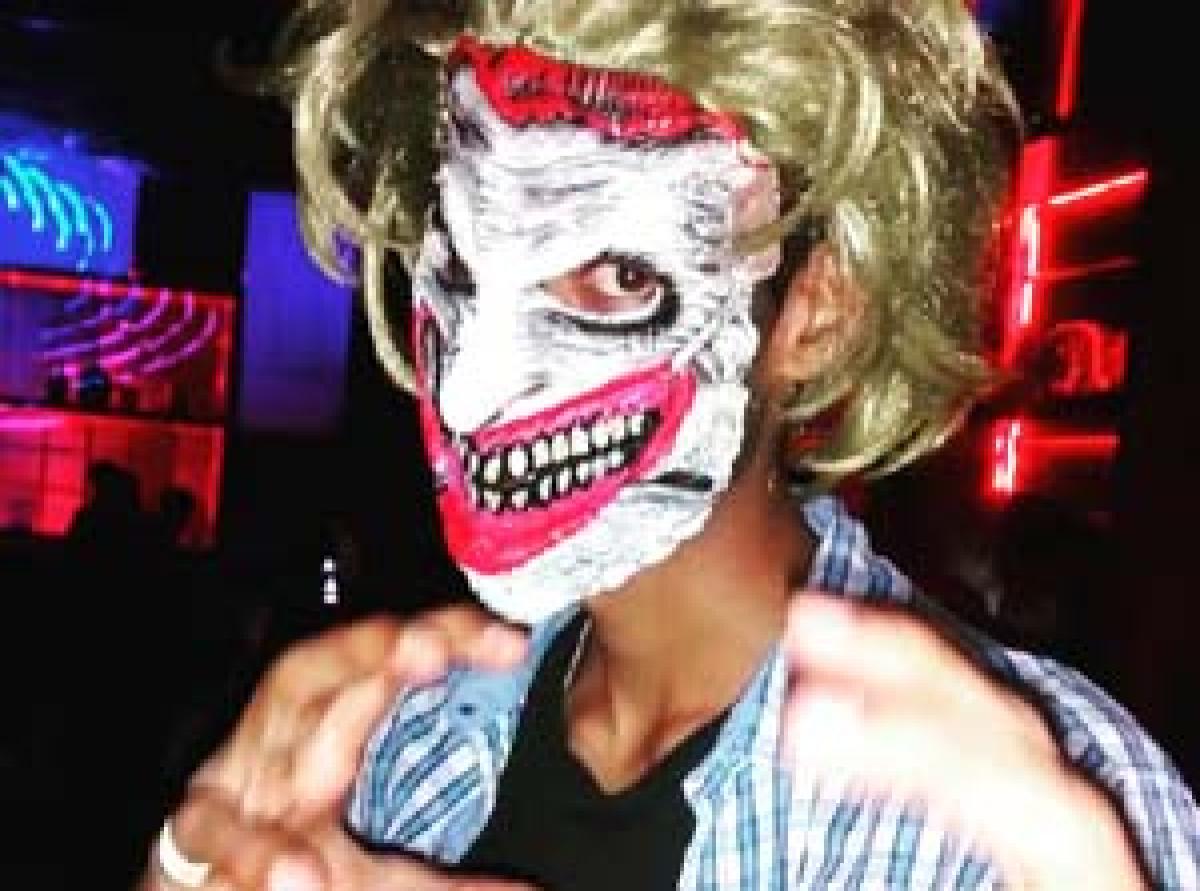 Hyderabad: Reiterating its resolve to hold 'Chalo Assembly' in a peaceful manner, the Telangana JAC has once again appealed to the State government to accord permission for the protest. It warned government of serious consequences if it used force to scuttle the agitation programme.

Addressing a press conference here, TJAC chairman Prof. Kodandaram compared the police highhandedness in ten districts of Telangana to the emergency period of 1970s. Telangana activists and supporters are being arrested at will violating the laws of the land, he fumed. TJAC supremo appealed to the public to gather at Indira Park around 11.30am from where the 'Chalo Assembly' rally would kick-start.

Kodandaram took serious exception to city police commissioner's statement that he would have rejected permission even if the State government had responded positively to T JAC's request. In view of this, the Chief Minister, who is looking after Home portfolio, should resign, forthwith, because it is evidently clear that police care-a-damn about the ruling government.

The T JAC chairman came down heavily on Telugu Desam president N Chandrababu Naidu for not making single effort for moving a separate state resolution in Assembly despite the happenings for the last few days. "Naidu says that he is not opposed to Telangana, but he never tried to exert pressure on the Congress Government in the Assembly in this direction. This shows his double standards," Kodandaram said. T JAC chairman warned Congress and Telugu Desam parties of severe backlash in the ensuing Panchayat elections for their anti-Telangana actions.

Replying to a question as to who should be held responsible for the violent incidents that might occur during the protest, Kodandaram pointed out that government should be solely blamed for it. The administration is resorting to suppression tactics, which could backfire eventually, he warned. Meanwhile, T JAC rejected the proposal of the government to conduct a public meeting in the city outskirts for which permission would be granted by it.

TRS senior leader warned the Congress government of fitting reply from people of Telangana for the war like atmosphere created in Hyderabad. BJP MLA Yennam Srinivas Reddy observed that if anybody was violating the law it was the Chief Minister and the DGP and not the Telangana activists. Pointing out that 40,000 activists have been arrested so far, TJAC spokesperson Addanki Dayaker remarked that Chief Minister was functioning like a dictator.

Security at every room in Assembly

Staff put on night shift too

Hyderabad: A P Legislative Assembly was not only fortified preventing T protagonists from storming in, deployments inside were given equal importance to ensure that none would be able to play spoilsport. Three security personnel would be on guard at each and every room. Enough number of security officers were also deployed as part of security arrangements.

The security personnel were placed in front of the office rooms of the Secretary, Deputy Secretaries and Assistant Secretaries and library, store room, finance wing, reporters' wing, research wing and finance department. Apart from it, the police were posted atop of the Assembly to vigil the movements of the people coming i to the premises. An official surprised to notice three security personnel in front of his chamber said that TJAC made him to restrict himself.

Legislature Secretary Raja Sada Ram issued orders to stay one third of the staff in the Assembly premises along with the security personnel. With this, the staff made arrangements on their own for their stay in the House. The Assembly staff was provided dinner. On the other hand, the staff was asked to reach the office before 7.30 am on June 14 to avoid security problems. Police officials directed the managements of various hotels located around the Assembly not to give rooms to people coming from outside. They suspected the movement of TJAC activists and took the decision.

Hyderabad: Dozens of police personnel on Thursday raided the residence of OU JAC spokesperson M Krishank, located at Teacher's Colony in East Marredpally, and ransacked the house. "I took part in the Chalo Assembly rally in the morning after which about 30 police personnel reached my house in an apparent attempt to arrest me. But when they did not find me, they ransacked my house," Krishank told The Hans India. He alleged that the police not only abused his family including women in filthy language and turned the furniture upside down, besides throwing books, documents and other personal belongings all over the house.

Hyderabad: Police swooped on Telangana activists in all the districts in the region on Thursday to prevent them from reaching the state capital to participate in the proposed 'Chalo Assembly' rally, called by the Telangana Joint Action Committee (TJAC) on Friday.

According to reports reaching here, the police arrested hundreds of activists of TRS, TJAC, CPI and BJP and slapped bind-over cases against several thousand others at various places. Former minister and senior TRS leader Kadiam Srihari was arrested while he was proceeding towards the state capital from Warangal. In Adilabad district, the police disrupted a Chalo Assembly rally taken out by the TRS leaders in Manchirial town and took them into custody.

In Karimnagar district, police arrested hundreds of Telangana activists of TRS, CPI, New Democracy and BJP across the district on Thursday to prevent them from going to Hyderabad. In Nizamabad district, bind-over cases were registered against 1,500 persons across the district. In Khammam, when a large numbers of police tried to enter the CPI office in the town on Thursday, the party activists protested. They insisted that they should come with search warrant to enter the premises. With the unexpected resistance, police gave up the plan to arrest them. In Warangal district, police arrested 1,683 protesters under section 107 while 105 persons were arrested under section 151, informed the official sources.

In Nalgonda district, SP Navin Gulati extensively checked vehicles on the Hyderabad-Vijayawada national highway on Thursday. He said that 150 persons were arrested and bind-over cases were filed against 3000 persons. In Medak, all roads that lead to Hyderabad were taken over by the police throughout the district. The police reportedly booked bind-over cases against 5000 people even though officially the figure was put at 1100. SP Vijay Kumar said that so far one hundred people were taken in to preventive custody.

In Siddipet , TJAC leader G Papaiah, writer Nandini Siddha Reddy, former municipal chairman K Rajanarsu were arrested. In Mahbubnagar, the leaders of TJAC, TRS, BJP, TPF, CPI and various people organizations were already arrested and bind-over cases were booked against them. Telangana leaders, however claimed that the police could not stop them from participating in the Chalo Assembly programme.

Hyderabad: All government, aided, un-aided, private schools, junior colleges and colleges in the GHMC area will remain closed on Friday in view of the proposed 'Chalo Assembly ' programme by TJAC. Department of Education has directed all school managements to lose the schools to avoid any untoward incident. Secretary of Inter Board Ramshankar Naik advised all colleges not to open as the situation will be tense and students cannot reach the institutions.

Meanwhile, the Osmania University administration has rescheduled all the exams that are to be held on June 13 and 14 as the varsity premises have already been closed. The exams which are rescheduled to June 17, 19, 24 and 25 were MBA, MBA (Tech. Mgmt.), B.Tech. (Chem. Engg./Bio-Tech.) and B.E., according to a release by the Registrar.

Hyderabad: Telangana Employees JAC warned of a flash strike if the State Government continued with its repressive measures against government staff and Telangana activists. The situation would be reviewed on Friday morning and an appropriate decision would be taken, informed the employee leaders. Various government associations that are part of Telangana Employees JAC met at TNGO Bhavan in Nampally on Thursday to discuss the government's actions to scuttle the protest.

Hyderabad: In a last-ditch attempt to get permission for Chalo Assembly protest, legislators and key leaders from TRS, BJP and CPI met Governor ESL Narsimhan at Raj Bhavan on Thursday. They appealed to the Governor to intervene and ensure government permission for the agitation programme scheduled for Friday. Sources informed that TRS leaders G Vivek and B Vinod brought to the notice of the Governor how students and youth took to Naxalism after the failed separate state movement of 1969.

Hyderabad: Andhra Pradesh State Human Rights Commission (APSHRC) on Thursday ordered the Director General of Police (DGP) V Dinesh Reddy to enquire into the allegations of illegal detentions and take action against the officials concerned if the allegations were true. The HRC also asked the DGP to submit a report by July 3 on the action taken. The order comes in response to the reports filed by the superintendents of police of all the districts in Telangana region and also the commissioners of Hyderabad and Cyberabad police over the allegations of illegal detentions and binding over of pro-Telangana activists in view of the Chalo Assembly march on Friday.

The HRC on June 11 had directed the DGP to give a report by Thursday on a complaint lodged by Telangana Advocates JAC convener T Sriranga Rao alleging illegal detention by the police. The DGP in turn directed the unit officers to submit the reports. Rao said the unit officers did not give any figures but only claimed in the reports that they did not resort to any illegal detentions. Rao told The Hans India that he had given the names of police stations and private places where activists were detained. He also said that a delegation of the TAJAC met the DGP and gave the details of illegal detentions to the DGP, but the latter feigned ignorance of the detentions. "The DGP said he will enquire and take necessary action if there are any illegal detentions," Rao said.

Hyderabad: Tension gripped the Osmania University campus on Thursday as the students of the OU JAC tried to take out a rally in an attempt to march towards the Assembly. Riot police equipped with water canons were deployed in the campus to handle the situation as the students resorted to stone pelting targeting the policemen who cordoned off the vital road points. Police closed the University campus road for general traffic. The OU JAC had given a call for Chalo Assembly on Thursday despite prohibitory orders and heavy deployment of security personnel.

The students rally reached NCC Gate where police set up barricades and tried to prevent the students from marching ahead. Irate students shouting slogans in support of Telangana, managed to remove the barricades partially. But the heavily deployed police personnel ready with riot gear prevented the students from heading towards the Assembly. As a result, students began pelting stones at the security personnel.

The police retaliated with firing teargas shells to quell the mob. Police also took three students into custody at the university campus on charges of resorting to violence. Meanwhile, about a dozen members of the OU JAC managed to give slip for the security personnel and reached Gun Park. However, police took them into custody as they tried to gain entry into the Assembly premises shouting slogans and removed them from the area.