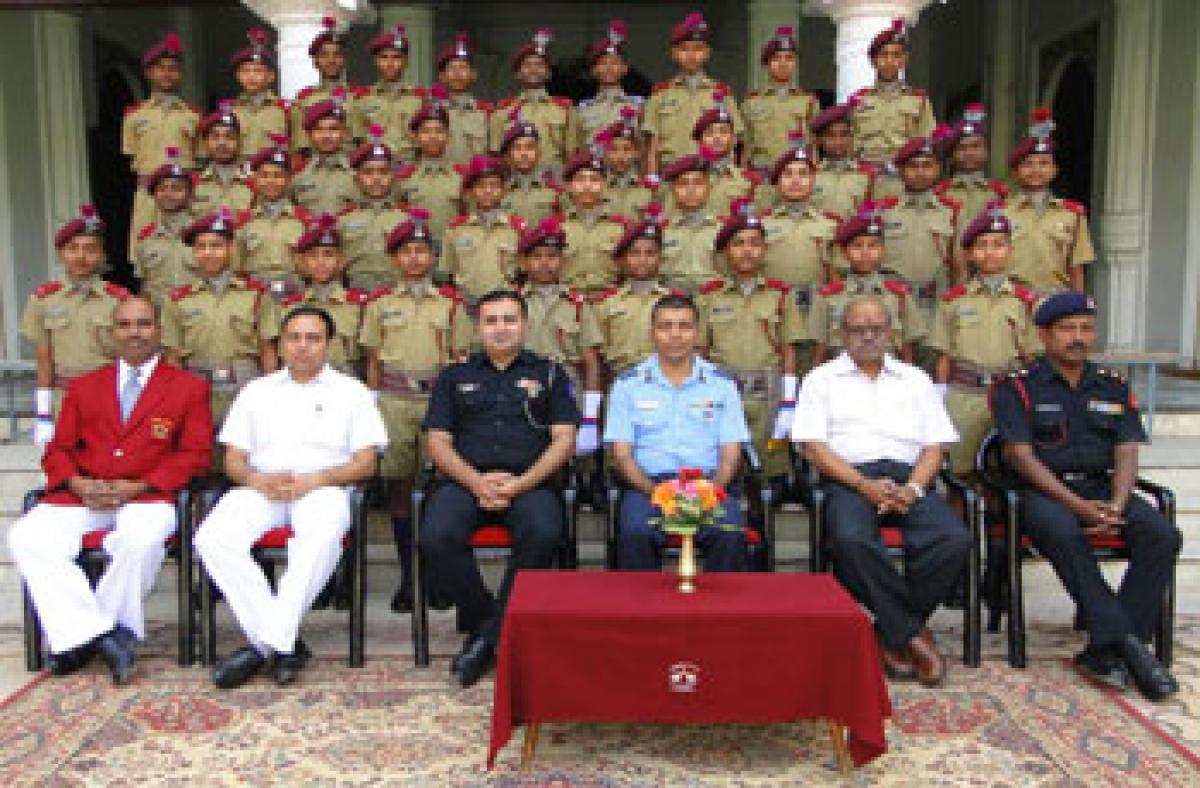 Sainik School students, who have participated in International Fleet Review and rendered their services in the mega event received appreciation from the higher officials of Indian Defence Service.

Vizianagaram: Sainik School students, who have participated in International Fleet Review and rendered their services in the mega event received appreciation from the higher officials of Indian Defence Service.

Even though, the curtains came down on the spectacular International Fleet Review and the events connected with it, 36 cadets of Sainik School, Korukonda, who participated in the City Parade on RK Beach Road, Visakhapatnam, were yet to come out of the proud moments, where hundreds of people had gathered to witness their march past.

These cadets, who belong to class VIII, continue to recount their experiences of meeting sailors from other countries and students and cadets from other institutions. They expressed their happiness at getting a once-in-a-lifetime opportunity.

The leader of the contingent, cadet R Srinivas said that they were selected by the Associate NCC Officers of the School based on the standard of drill and merit in academics. After the final parade on February 7, 2016, in recognition of their hard work, the team received a well-deserved opportunity to visit the IFR village the next day.