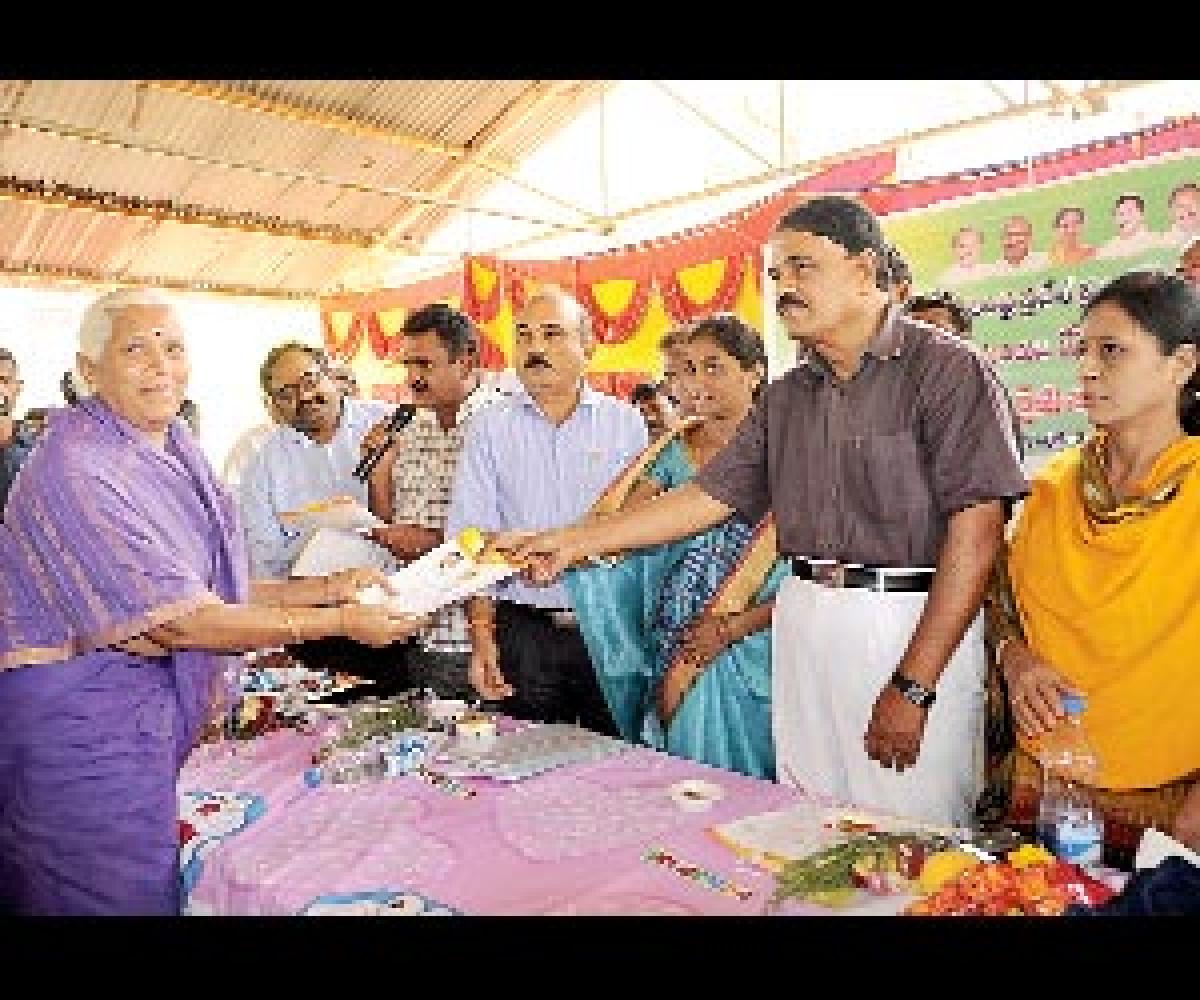 Anantapur: The State government is striving to give a boost to farmers’ income in the drought-affected district by taking up various welfare measures, Minister Palle Raghunatha Reddy asserted on Saturday.

Speaking after distributing loan waiver sanction letters totaling Rs 1.14 crore to 303 farmers of Puttaparthi constituency at the Kothacheruvu Market Yard, Palle stated that 5,904 farmers of the district have been given the loan waiver benefit to the extent of Rs 17.09 crore.

The Minister expressed confidence of completing the Handri-Neeva project for providing irrigation facilities to farmers. He said tanks would be desilted by taking up Neeru-Chettu programme and repair works of canals would be completed. “Every drop of water would be saved to give a boost to the groundwater,” he stated.

Palle pointed out that one lakh farm ponds were being built in the district to benefit farmers. He advised people to go in for rainwater harvesting structures in their houses, so that the future generations could be assured of ground water facility. He said of the Rs 692 crore input subsidy for the State the share of the district was Rs 547 crore.

Palle assured that the eligible beneficiaries of Kothacheruvu would be handed over house-site pattas in four to five days, while directing the RDO to make the required arrangements. The Minister inspected the groundnut warehouse in the market yard. He told the media that groundnut crop was being raised in 7.5 lakh hectares in the district. As against the required 3.9 lakh quintals of groundnut seed, the district had already received 2.10 lakh quintals.

Among those present were RDO Venkatesh and Joint Director of Agriculture Sriramamurthy.