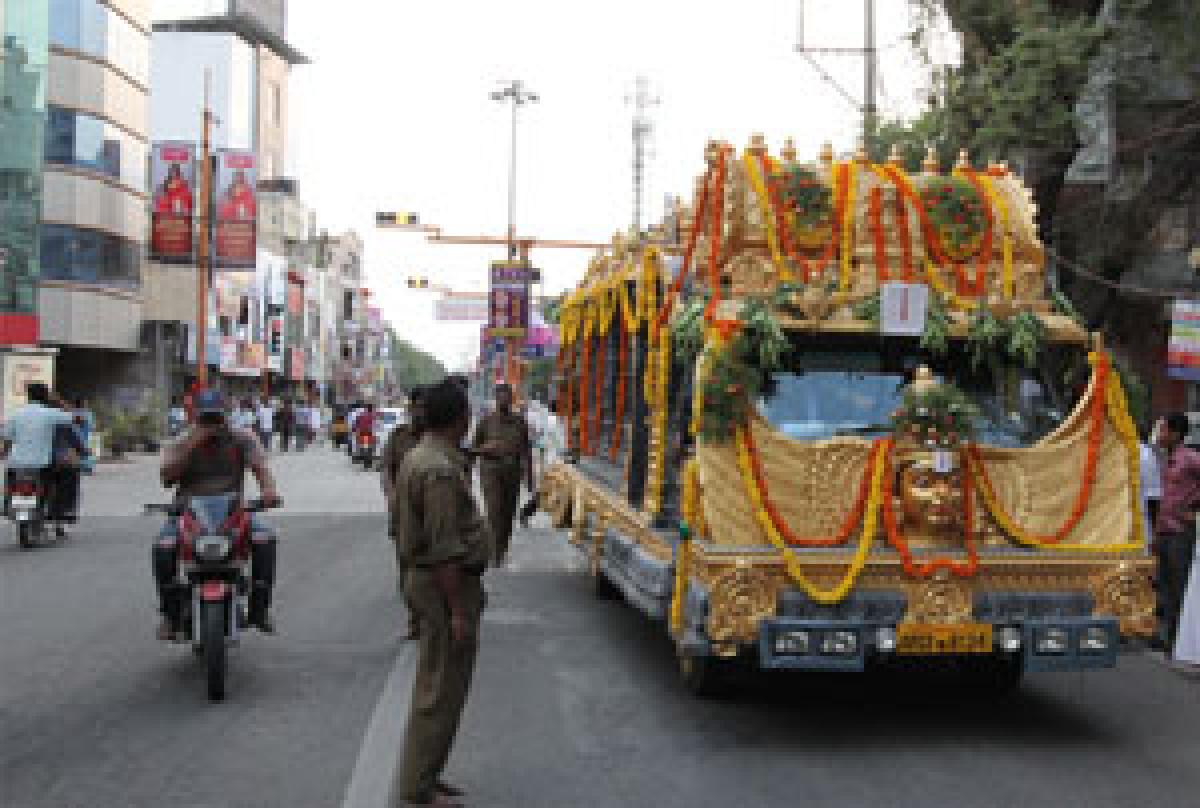 The devotees can take part in the event to get the blessings of the deity, according to a press release from the TTD here on Thursday.

Tirupati: The Ramanuja Sanchara Ratham has been receiving overwhelming response from the devotees. On Thursday morning, it started from Madhava Nilayam in Tirupati and proceeded to YSR Kadapa district. En route, it first reached Kodur, later Rajampeta, Tallapaka, Nandalur and finally reached Vontimitta at 11:30 a.m. In the evening, the Ratha yatra reached Kadapa and halted for the night.
It may be recalled here that Governor E S L Narasimhan flagged off the Ratham launched by the TTD as part of Sri Ramanuja Sahasrabdi Utsavalu (the millennium year of the proponent of Vaishnavism) which was kicked off here on Wednesday. The Ratham will cover 106 Vaishnava Divya Desams (106 Vishnu temples) in various States. The Ratham will start from Kadapa on Friday morning and will reach Ahobilam on May 13 at 10 a.m. Srinivasa Kalyanam will also be performed in Ahobilam between 6 p.m. and 8 p.m. The devotees can take part in the event to get the blessings of the deity, according to a press release from the TTD here on Thursday.