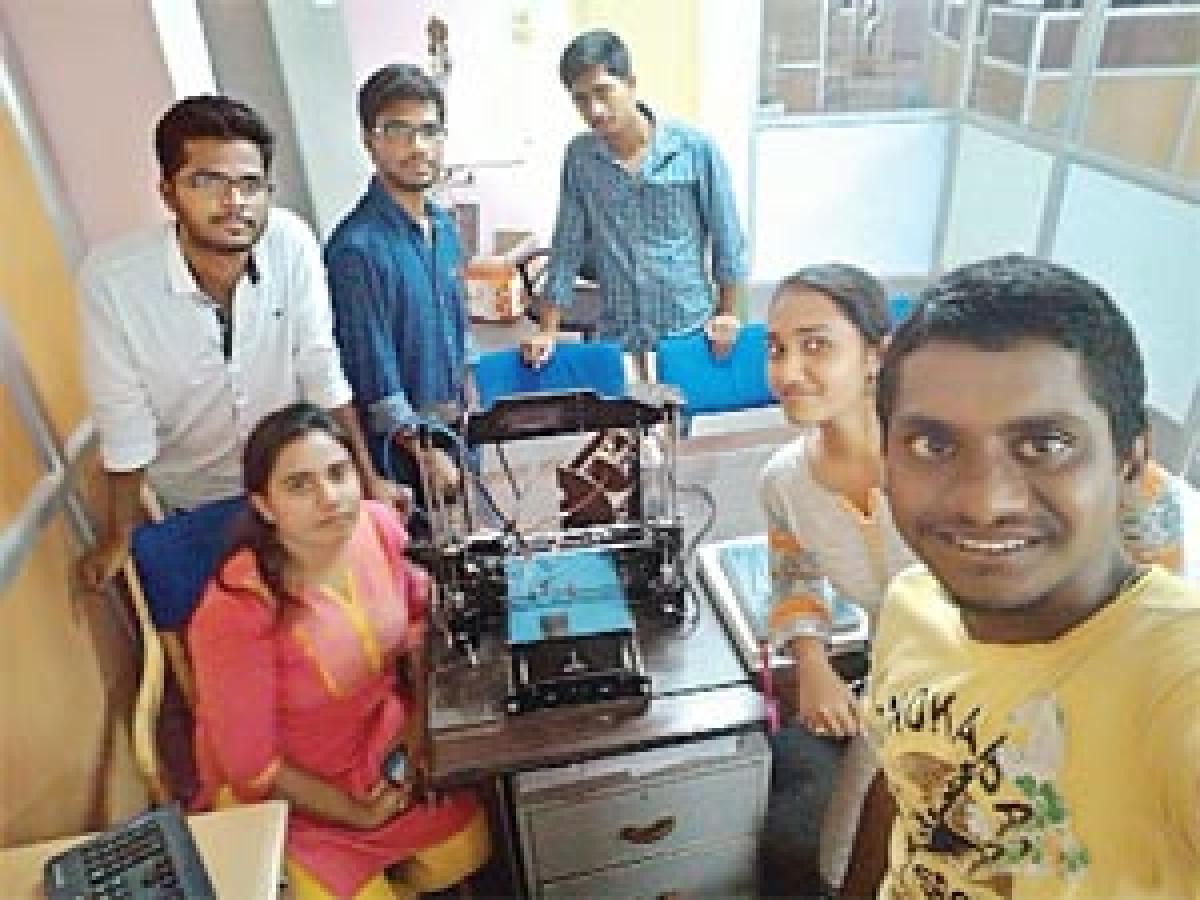 Combining creativity, scientific knowledge and technical specifications, Mechanical Engineering students from St. Martin’s Engineering College in Hyderabad created a metallic 3D printer fusing metal and plastic filament along with bronze powder. The printer, which is a first-of-its-kind in the country, is three times more efficient than normal printers.

Eight students namely NP Satish, CH Deepika, K Lokesh, A Veda Samhitha, K Samatha Reddy, J Vinaya Kumari, S Saishiva and M Udaya Kumar are the brains behind the device. As 3D printing is fairly new in the country, the students had initial hiccups. However, internet helped them to know about the technology, its developments and different types.

Speaking to The Hans India, K Samatha Reddy says, “THINK3D helped us by providing space and equipment for trails”. Focussing on the trials they made she adds, “We made our initial trails with tin, lead and copper wires but those were unsuccessful because as the temperature inside the nozzle increases the metal filament converts directly into liquid and falls in the form of droplets and spread over the base plate.

And if we reduced temperature the filament will be blocking inside the nozzle and there by chance of damaging the nozzle”. “Information available on the internet was of very less use. We came to know the exact working of 3D printer in imakers 3D,” says Satish. “The important parts of printers, required parameters, flow of filament, software adjustments were a few other things we got to know from it,” he adds.

“As our attempts failed, we took suggestions from our guide DV Srikanth and Think3D and decided to use some amount of plastic in the metal. With the help of a filament making company in Netherland, we were able to make out a filament using a mixture of bronze powder and plastic and were able print in metal,” informs Satish. The students spent about Rs 70,000 on the invention and the college intends to fund them on the same.