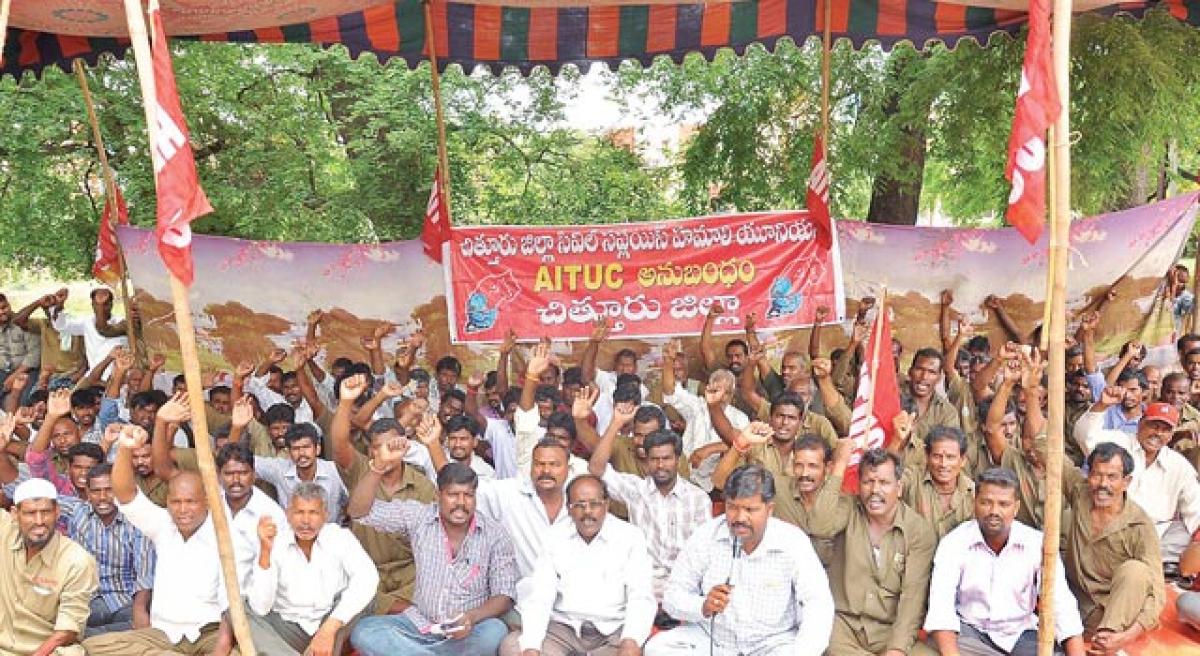 They raised slogans against the State government for not fulfilling their justifiable demands. Addressing the Hamalis, the CPI district secretary Nagarajan slammed the government for failing to protect interests of Hamali workers.

Chittoor: More than 300 Hamali workers attached to Civil Supplies Corporation staged a dharna at the Collectorate here on Friday, under the banner of AP Civil Supplies Hamalis’ Union and CPI.

They raised slogans against the State government for not fulfilling their justifiable demands. Addressing the Hamalis, the CPI district secretary Nagarajan slammed the government for failing to protect interests of Hamali workers.

He said that Hamalis are leading miserable lives as they are getting paltry sum of Rs 4,000 per month despite working 10 hours a day.

He asked the government for timely payment of wages to Hamali workers every month.
Nagarajan alleged that the Civil Supplies Corporation had failed to clear outstanding transportation charges belong to Hamali workers to a tune of Rs 75 lakh during the last two years. He expressed anguish for not providing basic amenities, insurance and health cards to Hamalis.

District Hamalis’ Workers Union President K Murali said that Hamali workers have staged a dharna to bring their problems to the notice of officials concerned.

Later, the leaders of hamalies union and CPI submitted a memorandum to Joint Collector Narayan Bharath Gupta. Responding to their problems, the Joint Collector spoke over phone to Manager of Civil Supplies Corporation. He assured of resolving problems of Hamali workers at the earliest.