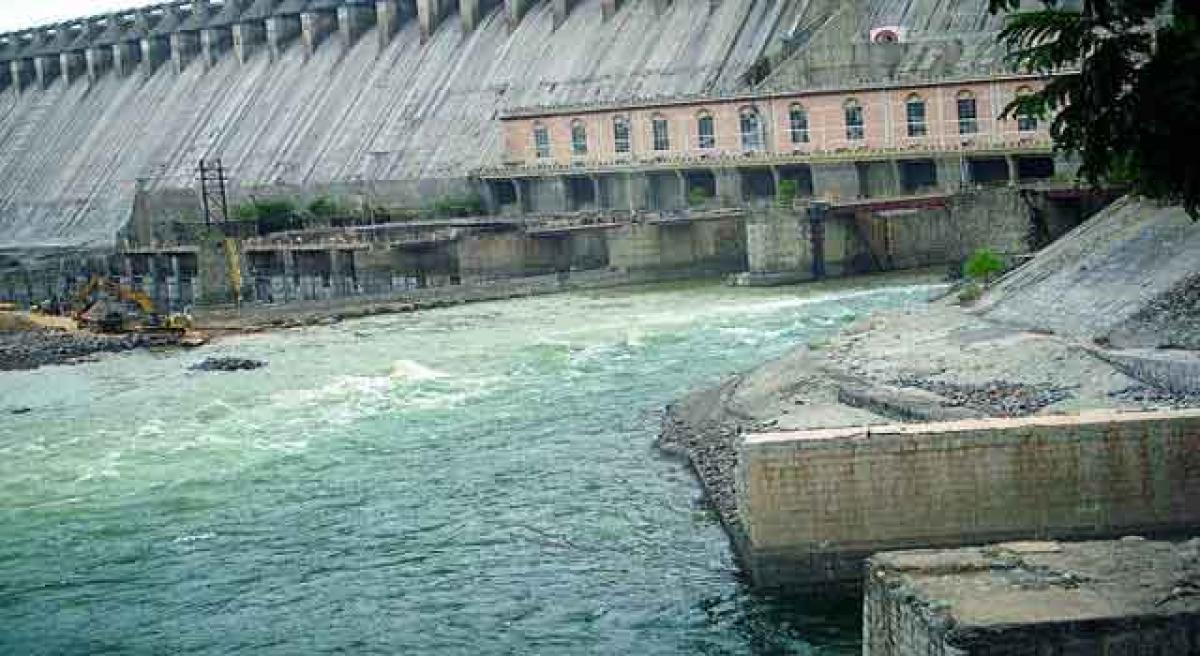 The squabbling Telugu States would not agree to the Centre’s suggestions on a mutually agreed arrangement either to share their assets and liabilities or irrigation resources. Two separate meetings were held in the Capital on Tuesday to resolve the contentious issues - one on the listings of the 10th Schedule of institutions and offices (of AP Reorganisation Act) and the respective share of the tw

​New Delhi: The squabbling Telugu States would not agree to the Centre’s suggestions on a mutually agreed arrangement either to share their assets and liabilities or irrigation resources. Two separate meetings were held in the Capital on Tuesday to resolve the contentious issues - one on the listings of the 10th Schedule of institutions and offices (of AP Reorganisation Act) and the respective share of the two States while the second important one was on the purview of the Krishna River Management Board.

As for the first issue which was discussed by the Union Home Ministry, the two States only agreed to disagree on the modalities of sharing the assets and liabilities. Union Home Ministry’s efforts to resolve the dispute amicably and without prolonging the same hit a wall with both sides remaining obstinate in their positions. It now hinges on the outcome of the case in the Supreme Court filed by Telangana Government over the earlier ruling of the apex court on sharing the assets and liabilities of the erstwhile AP State Higher Education Council.

While the AP officials team led by Premchandra Reddy insisted on following similar norms, the Telangana team led by K R K Rao, pointed out to the case pending in the SC following Telangana government's petition. The Home Ministry finally decided to postpone the meeting to await the outcome in the court.

In view of conflicting claims of two successor States in respect of specified institutions in the 10th Schedule, particularly the institutions located in and around Hyderabad have become controversial. The second theatre, which witnessed similar disagreement, was the Union Water Resources Ministry which called for a meeting to resolve the dispute over sharing of Krishna water and for arriving at a mutually agreed arrangement of Krishna water between the two States for a second consecutive year, as the last year's agreement expired on June 18.

The Board will meet again on Wednesday. Accusations and counter allegations flew thick and heated arguments marked the meeting, it is learnt. With AP insisting on special assurances over river water sharing from the Centre and more powers to the water management board, including water allocation and TS opposing it tooth and nail stating that the issue was for the Tribunal to decide and that the board was meant only to oversee water sharing as per the previous Award.

Special Secretary of the Union Water Resources Ministry Amarjeet Singh heard the arguments of the two States till 5 pm and then began his counselling over the issue as AP was unrelenting in its demand that the jurisdiction of the Krishna Waters Management Board include water allocation while Telangana continued to vehemently oppose the suggestion stating that unless the Brijesh Kumar Tribunal decided on the share of water between the litigant States, it should not be taken up.

Andhra Pradesh is opposing Telangana demanding that all projects, new or old, be brought under the authority of the Board as it was facing a problem with the attitude of Telangana which it claims had troubled it the last year by not releasing water that should rightfully have gone to it. It also argued against the new projects taken up by Telangana on the river.

Telangana officials demanded that the issue of water allocation, project-wise be decided first. The Board could not have jurisdiction over the allocations until then and its only duty should be confined to management of the waters. Its irrigation experts argued that the diversion of 80 tmc ft of Godavari water from Polavaram to Krishna basin meant that Maharashtra and Karnataka would be entitled to 35 tmc ft in addition (of the Krishna waters) and Telangana would be entitled to 45 tmc ft of waters from Nagarjunasagar.

Along with this, it maintained that, as Pattiseema was also a part of Polavaram project and because waters were being diverted here from Godavari, Telangana would be entitled to another 45 tmc ft of water i.e., 80 tmc ft in all. It also claimed that the upper riparian State could not utilise 13 tmc ft of its share the last year and hence it was entitled to draw this quantity this year.

Andhra Pradesh continued to argue that Telangana too was diverting Godavari water to Krishna and hence the Centre should arrive at a formula because the Krishna Water Tribunal was yet to decide on the share of the lower riparian State out of the 45 tmc ft of the Polavaram water being diverted to Krishna. It expressed fears that the real problem would arise when scarcity hits the two States. Consequently, both the issues got postponed, the first one indefinitely and the second, for Wednesday.