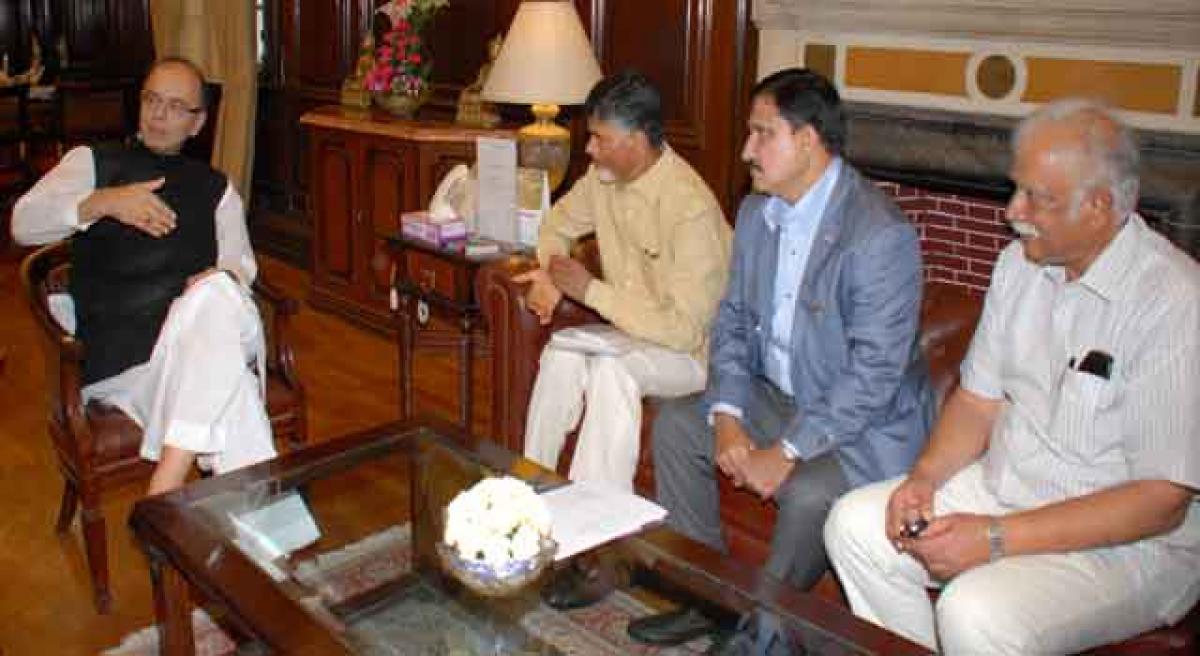 Speaking to media persons after his five-day long China tour, the Chief Minister said that a lot of injustice was done to the State in the bifurcation. He regretted that the Central government, which was expected to correct the bifurcation lapses and do justice to the state, was remaining silent on many issues.

The Chief Minister said that he had met Union minister Rajnath Singh in Delhi and requested him for the Central government’s intervention. He expressed confidence that the Central government would settle the issue at the earliest. He also appealed to the people of Telangana to understand the intentions of the TS government in creating disputes and unrest between the two Telugu states.

When asked about his China tour, the Chief Minister said he had interacted with several companies in China and had invited them to invest in Andhra Pradesh. He expressed confidence that huge investment would come to the State from China. He said the sate was in the process of creating a brand image for itself and it needs to be taken further.

Naidu had met Union Finance Minister Arun Jaitley and sought Rs 2,500 crore from NITI Aayog for building new capital. He also reminded the Centre about the need to bridge the revenue deficit gap of the residuary state after the bifurcation.

Naidu is also said to have urged the Union minister to reimburse about Rs 1600 crore the state government had spent on the Polavaram project. Naidu, who attended the proceedings of the World Economic Forum in China and met the investors there, discussed pending issues of the state with Jaitley in Delhi on his return.

He also explained to him the outcome of his tour and gave him details of investments expected from China. Naidu later called on Uma Bharati, who is recuperating after being discharged from the hospital. Naidu said the Centre must look into the asset and liability distribution as early as possible between the two Telugu states, including AP's share in the AP Bhavan in New Delhi.