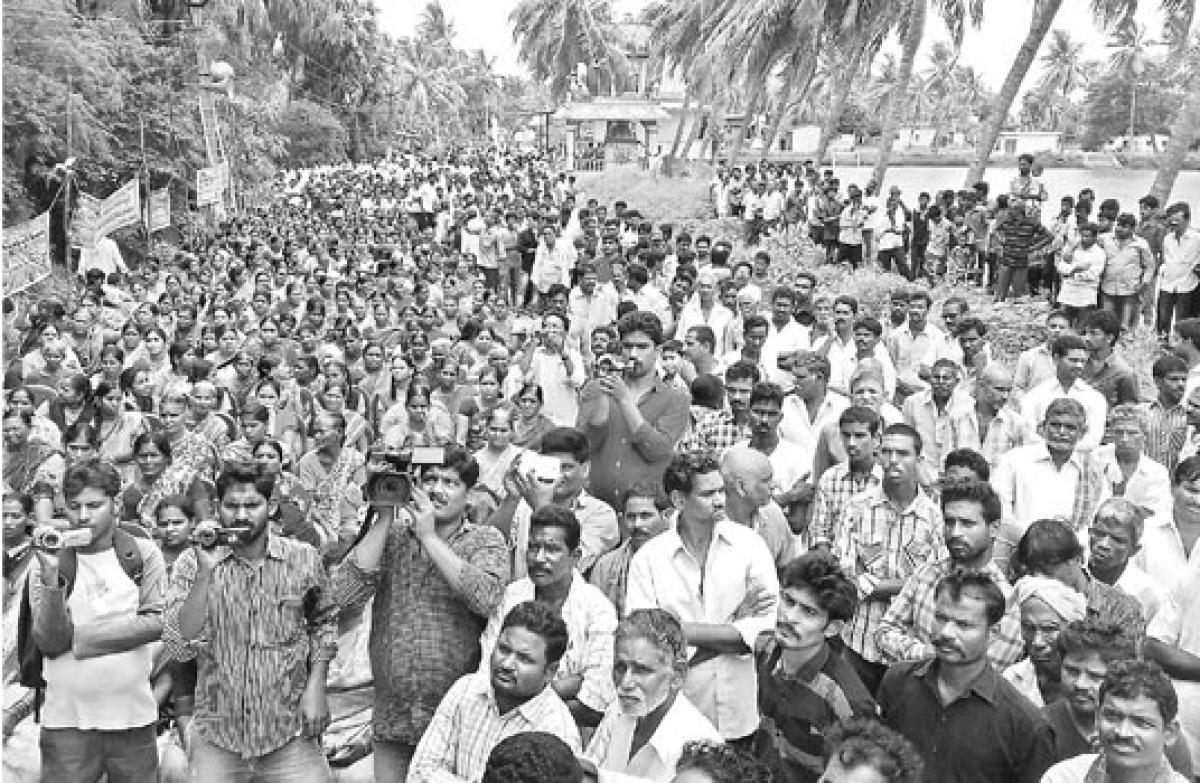 It should be recalled that people from Tundurru, Kamsali Bethapudi, Jonnalagaruvu villages were protesting against the mega food park from the past two years.

It should be recalled that people from Tundurru, Kamsali Bethapudi, Jonnalagaruvu villages were protesting against the mega food park from the past two years.

They were alleging that the food park pollutes the water sources with the effluents.When one of the protests turned violent with police caning the protestors on January 22, Chief Minister N Chandrababu Naidu directed the officials to stop construction works of the food park. However, the food park management resumed the works last week, which led to the current protests.

Speaking on the occasion, Balaram alleged that Narsapur, Bhimavaram MLAs, Bandaru Madhava Naidu and Pulaparthi Anjaneyulu colluded with the park management. He questioned the feasibility of installation of pipeline from Tundurru to the sea at Perupalem.

It is impossible to install a pipeline for over 20 kilometres,” he remarked. Pointing out the dangers posed by the ammonium plant to be erect in the food park, he lamented that as many as 20 villages would be affected. He demanded the government to shift the park from Tundurru. “If the government fails to do so, we will intensify the protests,” he warned.